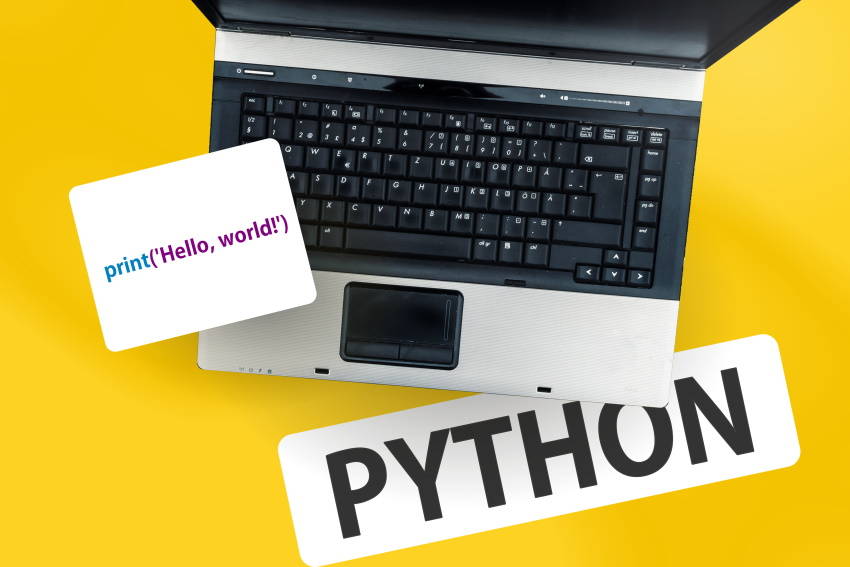 Note: This is a guest post by Mike Khorev. The author’s views are entirely her own and may not reflect the views of CodeItBro.

Python has gained some popularity in the past few years, but Python is a fairly old programming language that has been around since 1991. So, Python is actually almost three decades old.

Python is now one of the most widely-used programming languages, even though Python is fairly slow with performance limitations. So, why is it popular?

Below, we will learn more about Python, its unique advantages, its weaknesses, and why it is quickly becoming one of the most desirable programming languages to learn.

Unique characteristics and overview of Python

Python, as with any other programming language, has its own set of unique advantages and disadvantages, and here are some unique characteristics of the Python language we should know:

Below, we will have a more in-depth discussion of these unique advantages and disadvantages.

Python’s key benefit that makes it so popular compared to other programming languages is its intuitive UX. As discussed, Python is one of the few programming languages that primarily use English syntaxes like ‘if,’ ‘not,’ and other syntaxes. It is, therefore, easier to read and understand even by a non-programmer.

Python also utilizes specific indentations eliminating the use of curly brackets and other visually complex symbols. These simple language rules made Python a very readable language with great overall UX.

Python is a very versatile programming language. There are no strict rules that require us only to use a certain way to build something, and overall it is a more forgiving language when there are small errors.

A Python program will still run when there’s an error in the code and stop only when it hits the error code. This feature alone makes Python easier to debug. With Python, you can experiment with various methods to achieve the same objective and use your own pace in building your program.

Python is very intuitive and easy to use in building anything from a mobile app to video games to a full-fledged standalone software.

Also, various tutorials and forums are available for learning Python, which is why many programmers are now striving to learn Python, competing for head to head with Java as the top language for beginner programmers.

Python as a High-Level Language

The lowest programming language is the machine binary code (the 0s and 1s) in programming philosophy. The further the coding language from these binary machine codes and the closer it is to human’s speech and written language, the “higher” the level.

Like Java and C++, other languages are translated into Assembly when compiled and then run directly in the local processor. Python is not subject to the processor and is an interpreted language.

Since Python is a high-level language, it is also much easier to understand, and the code produced is typically much shorter than in Java or C.

Why Python Is Popular Among Developers

Nowadays, many developers/programmers and software development companies prefer using Python compared to other popular languages like Java and even PHP. Although, as mentioned, Python is almost three decades old, it has undergone various updates and major overhauls to be what it is today.

Now, Python 3.5 has a more streamlined workflow with fewer modules and more innovative features. Python also offers a large number of ready packages, templates, and libraries so you can build a program fast without having to write the code from scratch.

Below are some further reasons why Python is now very popular in various software development companies:

Since Python is, as discussed, a high-level language with syntaxes similar to everyday English, it’s easier for programmers and developers to read and understand the code. A programmer can easily share the code with others in the same team, and everyone can have an easier time understanding it.

Python is also relatively easy to learn, so it’s easier to teach it to a beginner developer who joined a team. Since Python produced far shorter codes compared to Java and C++, this would also translate to efficiency.

Python offers extensive libraries that developers can use for free, and there are many packages for various programming applications.

Most frequently-used programming functions are included within the Python libraries, so developers can avoid writing many redundant codes from scratch. Again, this can be a major timesaver.

With Python’s object-oriented programming capability, you can create various reusable structures. Again this can significantly improve efficiency as programmers wouldn’t need to write repetitive and redundant codes again and again.

While Python is not the only object-oriented programming language we have today (most modern languages are object-oriented), it is still a huge benefit for new programmers looking to learn Python and Python’s application large, team-based projects.

One of the key reasons why Python is now very popular is its usage in platforms like Raspberry Pi, which allows the emergence of various IoT devices and sensors.

A key advantage from a business standpoint, Python, is free to use and distribute. This can significantly lower the cost of software development.  Since it is an open-source platform, businesses can easily modify some Python aspects as required, making it even more versatile.

Python VS Other Languages: Comparisons

Let’s now see how Python stands against other popular programming languages such as PHP, Java, Node.js, Golang, and Ruby.

A. Python VS PHP

PHP is another high-level programming language that is also popular, especially among beginners. Here are some key factors how Python compares with PHP:

B. Python VS Java

Java is a static and compiled language, while Python is dynamically typed and interpreted (not directly compiled).

Java code needs to be compiled from a higher-level language (readable by humans) into Assembly, machine binary language, while Python doesn’t need to be compiled.

Here are some important factors to consider when comparing Python and Java:

Node.js is a JavaScript-based language characterized by its V8 engine, allowing excellent performance in interpreting JavaScript to machine language. It is prevalent in developing real-time web applications, especially because of its fast app loading times.

Again, here are some key factors to consider between Python and Node.Js:

Golang is another popular programming language that is quite similar to Python in several different ways. First, both are high-level languages, and there are also several similarities in syntaxes (like Golang’s slices and maps, which are similar to Python’s lists and dicts.)

However, there are also several key differences between Python and Golang:

Also Read: Python 3 Program To Find The Factorial Of A Number

Here are some core areas we should consider when comparing the two:

Here are some common real-word applications of Python at the moment:

On the other hand, due to its simplicity and wide availability of libraries, Python is also popular among developers since building a Python program is faster and more efficient than other languages.

However, as discussed above, Python is a perfect language by no means, and it has its own advantages and disadvantages. Yet, at the moment, the unique advantages offered by Python outweigh the advantages by a large margin.

If you are planning to learn a programming language, Python can be a great place to start due to its ease of use and versatility.

How To Make A Digital Clock In Python Using Tkinter

ABOUT US
CodeItBro is a hub of Python programming and data science tutorials. Read the latest tech news and useful apps review to always stay on the edge.
Contact us: codeitbro@gmail.com
FOLLOW US
© Copyright - CodeItBro