Home Programming Python What Is Python Used For? Applications of Python

Python is a general-purpose programming language that you can use to develop apps, software, websites, machine learning models, or get things done via scripting. In this article, we will explore what is Python used for. Apart from that, we will also explore the applications of Python in data analysis, machine learning, automation, web development, fintech, and other vital areas.

Also Read: How To Display A Calendar In Python

What is Python and Why You Should Learn It?

Python is a high-level and interpreted programming language. Its syntax is pretty simple and relatively straightforward to learn than other coding languages like C++ and Java. Coding in Python feels like instructing computers to perform a job in English. Thus, making it one of the best programming languages for beginners.

Before we explore the various applications of Python, here are some reasons to learn Python in the first place.

Also Read: How To Sort a List of Tuples in Python

Where is Python Used For? 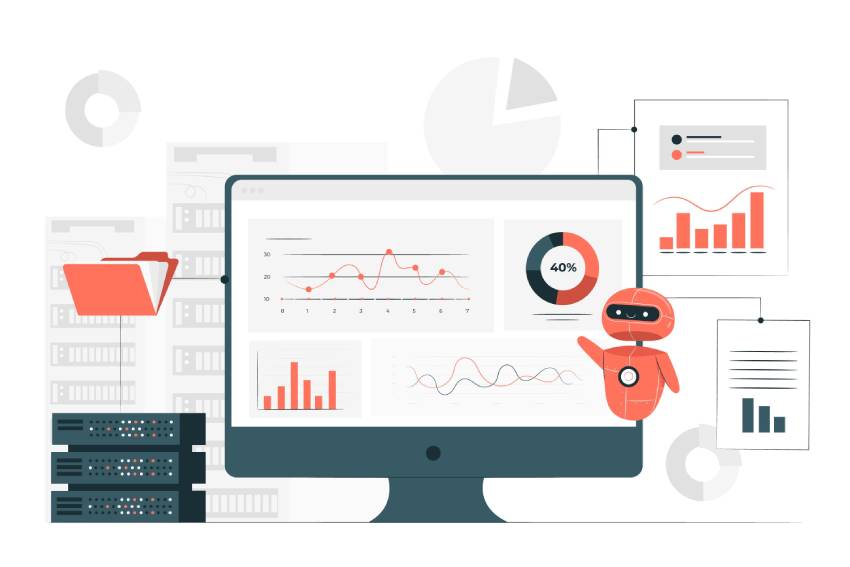 Python is one of the best programming languages for data analysis and visualization. It lets you perform complex statistical calculations, report data visually, design ML algorithms, and complete any other data-related tasks.

NumPy and Pandas make it easier for data scientists to work with vast chunks of data. You can also use Python to draw data visualization elements such as line graphs, pie charts, 3D Plots, histograms, etc. 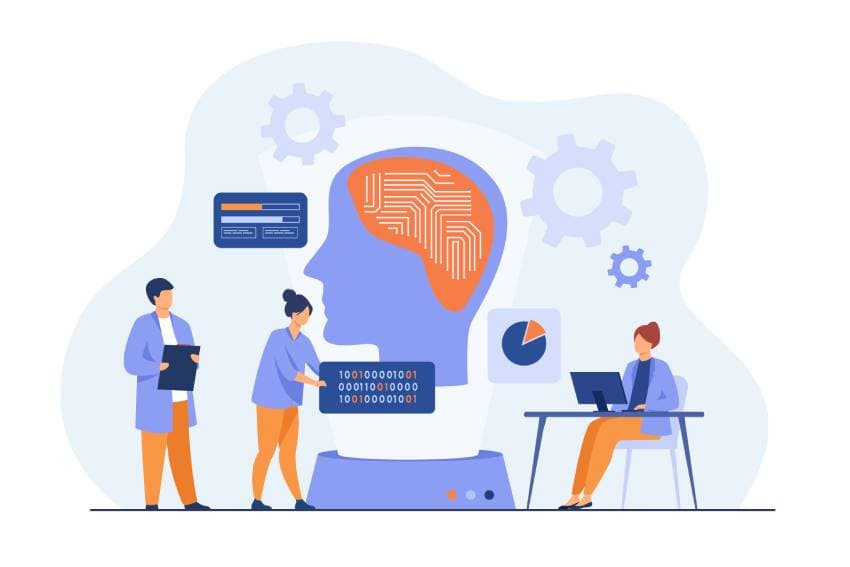 Python is one of the most popular choices for data scientists to build machine learning algorithms and artificial intelligence projects. It offers an extensive range of libraries which makes solving complex problems more manageable.

A library is a pre-written code that programmers can use to solve various tasks. Python offers numerous ML and AI project libraries, often backed by an active open-source community. Thus, helping developers reduce development time and implement ML and AI algorithms in a tested environment.

Here are some of the most popular Python libraries for machine learning and AI.

Apart from data science, machine learning, and AI, you can also use Python for software development purposes. Python is a high-level object-oriented programming language with built-in data structures such as lists, dictionaries, etc.

Above all, it has a relatively simple syntax and offers libraries that you can use to develop desktop GUIs, code the backend functionality, and deploy the software application.

As Python is supported by all major operating systems such as Windows, macOS, and Linux, you will not face any challenges creating cross-platform or platform-specific software.

Not just for software development, you can also use Python for writing automated tests as it offers in-built support for unit testing. Of course, you can extend the functionality by using any other Python library for software testing.

Fortune 500 companies such as Meta, Google, Quora, and others use Python for their product development. This is simple—Python offers simplicity, flexibility, and scalability for performance-oriented tasks.

Above all, you can always extend the functionality of your website by leveraging the data science and machine learning capabilities of Python. Some of the most Python libraries for website development are Django, Flask, CherryPy, Web2Py, etc.

According to Statista, the total value of investment into fintech companies worldwide has reached 213.8 Billion US Dollars. Fintech companies have many complex problems, and Python efficiently helps them solve them.

PayPal, Stripe, and Square are some of the most popular fintech platforms using Python. The topmost priorities for fintech companies are top-notch security, complex algorithms, and integration with other tools. Python can help fintech companies build a secure platform to handle large concurrent transactions.

Also Read: How To Create An Empty Dictionary in Python

Here are some of the most popular Python libraries that developers can use to solve complex scientific problems and numeric computing: 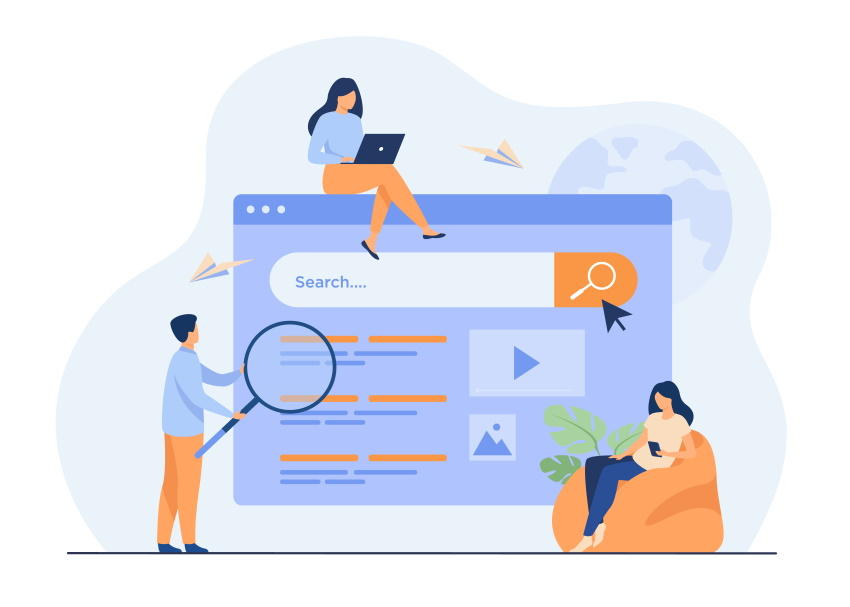 SEO or Search Engine Optimization is a set of activities to improve the organic visibility of a website in SERPs or search engine result pages. In the old days, SEO was a simple task where web admins only had to submit their website to search engines for indexing, and ranking at top positions was done. Mainly due to significantly less competition.

But in the 21st century, every company is battling a war for each search position on the first page. And there is a lot of data from various tools such as Google Analytics and Search Console at marketers’ disposal.

Python is the perfect tool to analyze several SEO problems such as broken links, keyword research, understanding users’ intent, and automated tasks. Explore the Python project linked below to understand better how to use Python for SEO purposes. 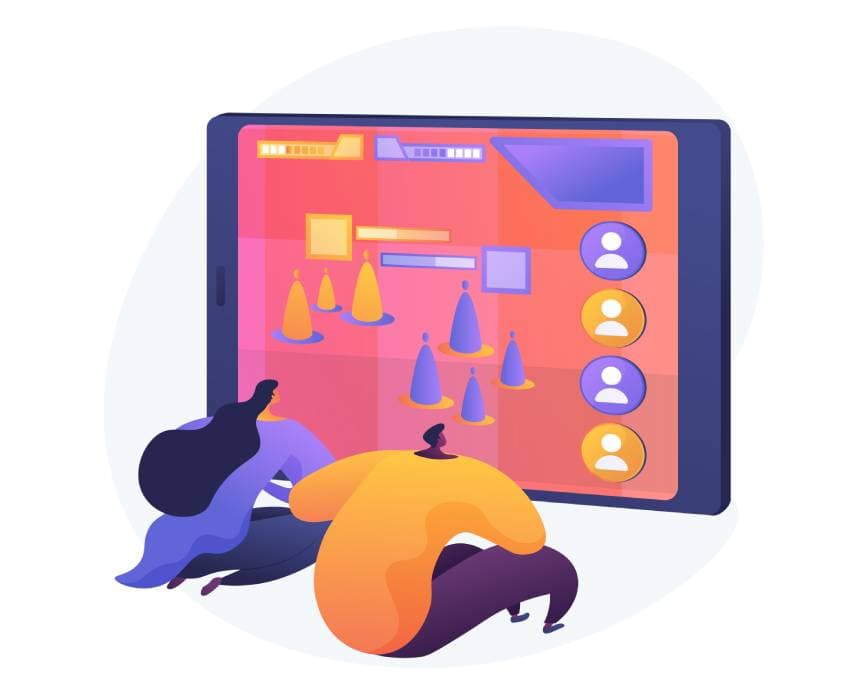 Some popular games like Battlefield and Pirates of the Caribbean use Python for some functionalities and add-ons. Python is still used for rapid prototyping despite not being the first choice as a game development language for programmers.

C++ is around 10 times faster than Python for game development. Python focuses more on coding performance rather than computation. PyGame, Pyglet, and Panda3D are some of the most popular libraries that you can use to try game development in Python. Read the article link below to understand the game development capabilities of Python.

Blockchain is one of the hot topics these days. If you don’t know, then blockchain is a way to store data so that it is almost impossible to modify or hack it. Blockchain technology can track the origin of digital assets as it is a decentralized and distributed ledger.

Python is the perfect tool for blockchain developers as it is easy to use, maintain, secure, and flexible. For example, you can create a blockchain using Python in less than fifty lines of code.

Also Read: How to Handle String Index Out of Range Error In Python

Python is a scripting language. It is one of the most popular choices for hobbyists and professional developers alike to automate the boring stuff. You can use Python to automate likes on Instagram to send Gmail emails.

Honestly, your imagination is the only limitation for Python for automation. Recently, I created a Python project to automate Google search. Check it out to get a fair insight into Python’s capabilities as a scripting language.

Do you want to grab a list of Yelp businesses and information such as name, address, email, and other details? Then, you can use Python to scrape the website and store the results in CSV, XLS, or any other format.

Python offers a wide range of libraries, such as BeautifulSoup, Requests, and Selenium, making it easier for you to create a crawler to fetch web pages and extract the information you need to store.

What is the primary use of Python?

You can mainly use Python for backend development, scripting, software testing and development, creating ML models, AI projects, and other use cases discussed in this article.

What apps can I make with Python?

Python is commonly used for making web and desktop-based applications. While you can choose to create mobile apps using Python, that path is less followed by professional app developers.

Where is Python used in real life?

What jobs can Python get you?

After learning Python, you can get the following jobs: 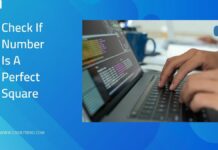 Python Program To Check If A Number Is Perfect Square 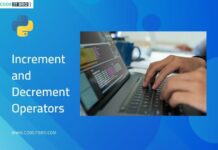 Increment and Decrement Operators in Python 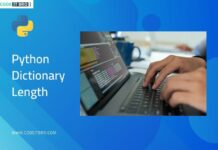 Python Dictionary Length [How To Get Length]