Today, it’s hard to find a business that doesn’t rely on computers for its daily operations. Even brick-and-mortar businesses without a website will usually have computer-based POS and inventory systems. Many of these systems are designed to be used without programming knowledge, but these languages drive operations behind the scenes.

Also Read: 70 Best Online Courses With a Certificate of Completion

Programming language is a lot like human language. Languages allow us to communicate with one another, but you will learn a different communication method than someone across the globe, depending on where you live. Some languages are widespread, and just a few people use some. It’s the same with programming languages—and different languages can be better for certain kinds of businesses than others.

Why Are There So Many Different Programming Languages? 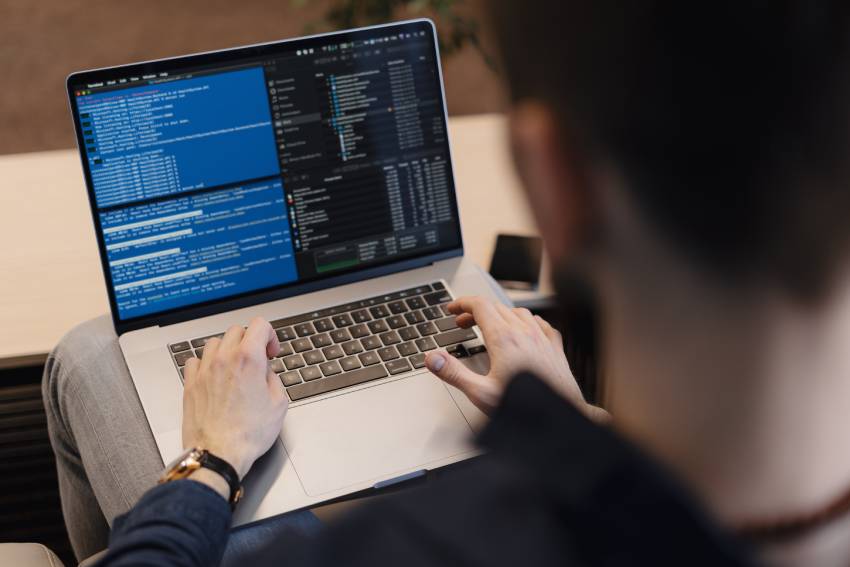 Modern computers haven’t been around all that long, but there are already hundreds of different programming languages that have been created. Interestingly, many languages currently in use have been around for decades, while others are nearly brand new. Typically, new languages are created to make specific tasks easier or make an existing language more accessible.

Some languages are better for specific tasks than others. Many industries rely on a particular class of languages because they offer the best tools for their needs. And in some cases, you may need multiple languages to accomplish an organization’s goals.

There are many programming languages, but they are more broadly split into “low-level” and “high-level” languages. This means that the language is either closer to machine code or human language.

High-level languages are more accessible for coders to understand. They often use English words for commands, making them more intuitive for humans and easier to learn. However, there is a greater separation between the machine and written codes.

High-level languages may lack the speed of low-level languages, but they are sufficient for most tasks a programmer wants the computer to perform. There is a range within the classification of “high-level” languages, with some languages being more or less removed from the binary code and automating certain functions.

When a computer is asked to execute a developer’s code, it must be translated into machine code the computer can understand. There are two ways to do this: using a compiler or an interpreter. Languages typically use one method or the other, although some can use both.

Interpreted languages, on the other hand, happen more in real-time. The programming language is interpreted line-by-line without the need for a build. This is convenient for coders since they can make changes as needed instead of going through another build process to implement them. Interpreted languages tend to be slower overall, but creating a program is faster.

How Businesses Use Programming Languages

In business, programming is used mainly for data analysis and to create proprietary software. Tech companies hire lots of developers to create new software products, using a suite of tools that will vary based on the industry and needs of the business. They also use programming for data science tasks that can boost organizational performance.

Big data and artificial intelligence tools have become more advanced, robust, and accessible. More organizations are tapping into the power of these technologies for increased business success. While business analytics systems are designed for smaller organizations to use their data, the real big data success stories come from companies with dedicated data science teams.

Businesses use big data to gain a variety of benefits. These benefits are highly industry-dependent and can save large companies millions.

Tapping into these benefits requires a team of skilled programmers and a suite of tools and powerful programming languages. Without programmers and the ability of computers to manage and analyze large datasets, there would be no way to find all of the insights and meaningful connections that are revolutionizing businesses around the world.

Programming languages become famous when they are robust and well-supported. Many are highly versatile. Additionally, choosing popular languages opens up the potential talent pool for companies always looking for new developers. The following are some of the most widely-used languages today.

Python has been in use since the 1980s, and it’s still one of the most popular languages. It’s incredibly versatile and is used for everything from creating artificial intelligence systems in games to data science. It is open-source, well-supported, and easy to learn. For these reasons, many organizations rely on Python for various tasks.

Specifically used to query relational databases, SQL is one of the foundational languages for data scientists. Over the last few years, it has been rising in popularity as analytics become increasingly important for enterprises across industries.

A data science-specific language, R is optimized for data handling and storage. It also has data analysis tools and offers users graphical tools for visualization. One of the significant benefits of R is that users can design new features. It’s a great choice of language for anyone interested in big data.

Also Read: How To Choose The Best Coding School For Kids?

A decades-old language that is still in heavy use, C++ is an object-oriented and compiled language used on the back end in industries where performance is critical. Hospital infrastructure, government projects, and game design frequently rely on C++.

JavaScript has become essential for web development, a language used by nearly all big tech companies. Though it’s often used on the front end of websites and applications, you can also use it for back-end development as well. It’s known for its flexibility and is excellent for building interactivity into web pages. JavaScript relies on HTML and CSS for creating modern, engaging web pages.

Designed to be used with any operating system, Java is a universal language that is great for networking. It is pretty similar to C++, so many programmers know both languages.

HTML (HyperText Markup Language) forms the basis of websites and is easy to learn. Many people started programming by building websites in HTML. Today, it is typically integrated with other languages to produce more interactive and visually attractive sites.

A language developed by Microsoft, C# is flexible and straightforward. One of its best attributes, besides being open-source, is the fact that it’s easy to make software that will continue working far into the future. It was designed with businesses in mind, and you can use it for web, mobile, and app development. It is also a cross-platform language.

Considerations in Selecting a Programming Language

Computers, at their core, are both elementary and highly complex. Everything at a certain point is binary, but we need additional layers to understand and direct the computer’s code to do what we want. And because there are countless functions computers can perform, businesses need to be selective in the tech they use.

Many organizations don’t need to worry about which languages they are using. Now that there are user-friendly programs for everything from bookkeeping to customer management, most businesses can subscribe to these services and run their businesses without a hitch. However, software companies and larger enterprises need to be thoughtful in choosing the languages they will use. Once a language is chosen, it isn’t easy to switch.

Ideally, any business hiring programmers should have people on staff with a clear understanding of the pros and cons of different languages so they can make an informed decision. In the case of a tech startup, the language used is likely to be the one the founders know and feel comfortable with. However, if there is a choice, such as setting up a data science department, knowing the different language options can significantly affect future efficiency and productivity.

If you want to get a job as a programmer, you might feel overwhelmed by the number of different languages. However, unless you want to work in particular contexts, it’s best to stick with learning the most widely-used languages.

After all, if you were learning a new language to communicate while traveling, it would probably make more sense to learn something like French, Spanish, or Mandarin, rather than Welsh or Tibetan.

The best way to decide which language to learn is to look at job postings. Look at the most successful companies—companies you’d love to work for. What’s their tech stack? What would you need to learn to be a competitive candidate?

Starting with a popular language can also provide the foundation for future learning. If you learn one programming language, it can be easier to learn other languages in the future. You might even learn more obscure languages on the job since the hiring organization isn’t likely to find an extensive and qualified candidate pool.

For many organizations, their success is dictated by their ability to leverage data and their use of technology. Data has become one of the world’s most essential resources, and savvy businesses understand that the details matter. Right now, data analysis provides a significant competitive edge, but it will soon become critical.

Choosing the suitable programming languages to use can affect an organization’s success overall in our digital world. As the number of languages grows and becomes more niche, it will become increasingly important to ensure that companies hire the right developers and use the proper tools for their industry and unique needs.

If you are a web developer or starting to learn web development and looking for some popular backend frameworks, you have landed on the right…