Most of the languages and frameworks in web development are known for their friendliness to newbies and people who don’t have much knowledge in STEM subjects.

That’s why some people believe that to become a successful developer. They only need to learn the syntax and methods. Yet, there are also core skills one should possess, and this article will detail each of them. Let’s dive in! 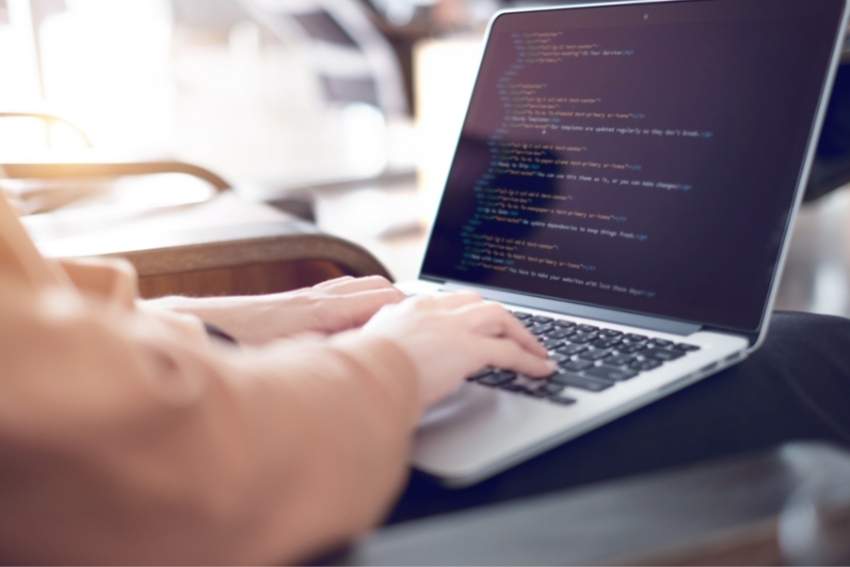 You will spend about 30% of your time when studying or working as a web developer writing code that doesn’t work correctly. Being persistent is essential here to gain experience, but it’s also desirable that you don’t push yourself too much.

In studies, there will be cases where you will need to ask for help from a more experienced person no matter what your major is. It may be about sending a ‘write essay for me‘ request to a writing service to keep up with the deadlines or consulting a middle web developer to fix the errors. The point is to realize that without help, you will waste a lot of resources and address an expert.

The opposite of not asking for help is when one asks about anything they don’t know. Yes, your colleagues or classmates may know the answers, but in 90% of the cases, they would know them because they used Google for that purpose. So, do try to google the answer first.

Yet, the skill of googling is tricky. First, you need to use correct terminology instead of descriptive and general words for which Google won’t find a match. Then, the formulated request should be as concise and precise as possible, which is not easy due to web development specifics.

In addition, the community of developers faces new problems every single day. There are constant updates, and the answer posted on Stack Overflow 6 months ago may not be relevant anymore yet show in the top results. So, it’s not only about writing a valid request but also choosing the most recent link and, ideally, the simplest solution.

Also Read: Why You Should Choose ASP.Net Core for Website Development

It sounds even more ridiculous than googling. But newbies face a typical issue when they see an error in the console or terminal – they forget how to read. Meanwhile, those errors may look scary but give you as much information as possible: the file containing the error, the specific lines of code, and, sometimes, even a list of steps you need to perform to address the problem.

Also, you will spend 50% of your time not on coding but on reading documentation. And if it is documentation on a Google product, be ready to read several dozens of pages. Yup, it doesn’t sound exciting, but it will save you a lot of time in the future.

Asking for recommendations when choosing a new area where you will develop your hard skills is pretty much okay, just as asking for other advice. Yet, some decisions are up to you only, and there will be mistakes. You will realize you have followed poor patterns of coding, overcomplicated your working process, and so on, and that’s okay.

It is crucial to make decisions, deal with their consequences, and stay perseverant no matter what. Unfortunately, some students avoid mistakes, so they stick only to the time-proven approaches and adopt new ones after someone experienced assures them of their efficiency.

Neat code is the key to success in web development. At the beginning of your studies, there won’t be much code to arrange. Yet, at some point, you will see that it’s impossible to get around the code even though you wrote it a week ago. So, consistent naming of components and styles is of utmost importance, just as creating a logical structure in your projects.

Note that it’s not about perfectionism that can destroy one’s progress and demotivate one. It is rather about striving to make your code as simple as possible so that you can show it to another developer without having to explain the logic behind what you wrote.

Whatever you try to solve or create will take a lot of time at first. Even if you are a pro at using Google and a particular framework or library, a brand new update may be released tomorrow, for instance.

You will have to spend hours finding a solution online because there will mostly be outdated or no answers. In that case, almost every attempt to find the solution will be a shot in the dark, and most of the attempts will fail, which is discouraging but fruitful in the end.

English dominates the IT field, so you must know at least the basics and use a dictionary whenever you don’t understand the word’s meaning.

Lack of language proficiency may cause the problem of reading what the terminal warns you about. And, be sure, Google translate is not that good at technical documentation, so improving your English is a must.

As mentioned above, web development is an area of constant updates and new releases. Today, you may decide to master React Query finally, and a few days later, they announce the release of TanStack Query – a redefined version of React Query.

As with the React Router library, you may discover that half of the methods you know are no longer relevant. It’s okay for open-source projects, so prepare for continuous learning to keep up with modern tech solutions.

So, these are the primary skills that will help you successfully finish courses on web development or obtain a degree in it. As you can see, they are not related to calculations or STEM subjects. These are just soft skills specific to IT, yet they can also be helpful in other areas.

If you are a web developer or starting to learn web development and looking for some popular backend frameworks, you have landed on the right…