If you are a video game fan, there are several options available to you for you to choose from. One of the best upcoming free-to-play, play-to-earn NFT games built on the polygon is Shooter NFT Pals.

The multiplayer game offers you a chance to compete against players worldwide for NFTs. The game’s objective is pretty simple, stay alive and shoot to kill as many players as you can.

For existing NFT holders, the game offers an excellent way to keep themselves entertained and focused while minting some more NFTs. Let’s read along to know more about the engaging game in its beta stage.

Background of the Shooter Pals! game

Most FPS games provide you with a story that engages players to connect with the game and remain hooked. In Shooter Pals! Game, you are a part of alternate reality that stretches across the vast space where alien races dwell.

These aliens believe that violence is the best form of flattery and hospitality. For them, punching in the face is like shaking hands or gifting flowers. Therefore, their tribe is constantly engaged in a battle to demonstrate their affinity to each other.

This stunningly unrealistic universe is the premise of the multiplayer combat that allows you to mint NFTs and collect chips tokens as you meet and greet other inhabitants of this wonderfully weird world of Shooter Pals.

On earth, the Shooter Pals are available as an NFT-powered play-to-earn blockchain game that runs on the Polygon network. Merging the frantic gameplay of Super Smash Brothers and the erratic chaos of the Worms franchise, the game is set to become the next most addictive FPS game involving NFTs.

The objective of the game

The multiplayer game involves players tackling the opposition in a traditional format. You need to collect weapons and powerups to take on your enemies. If you rake up kills or go on a killing streak, you receive additional rewards and end up unlocking different achievements.

Successful players will see their avatars morph into extended versions of themselves in the game. This provides them with greater firepower and shield capacity while increasing the target base. With every kill you make, you earn chips tokens.

The inaugural offer offers you an opportunity to earn pre-launch free chips tokens for early supporters in the gaming community. In the future, these chip tokens will be used to buy exclusive new NFTs, participate in competitive matches & several other things.

What is the USP of Shooter Pals! Game?

Shooter Pals! is a play-to-earn shooter game that starts small but grows big and powerful with every kill made on the platform. However, to make things exciting and keep the players hooked, it is essential to stay alert. ‘Coz if you die, the score resets, and you end up with nothing.

This keeps you on the edge of the seat and driven to concentrate on killing, earning tokens, and staying alive. What makes the players intrigued by the game are features like:

Suppose you are hooked to FPS games and equally to NFTs, then Shooter Pals! Game is the perfect opportunity to merge your two obsessions into one. With the NFT launch collection of the game lives, you can access initial NFTs that are extremely limited and close to the beta version.

Though the game is currently in its closed beta format, eventually, the makers plan to expand it into a vast free-to-play, play-to-earn gaming empire. Hardcore gaming enthusiasts can enjoy exploits worthy of a gladiator and earn chips tokens and exclusive NFTs. So, jump on this adventurous ride and play an endless multiplayer game where you shoot them to obtain a piece of the action. 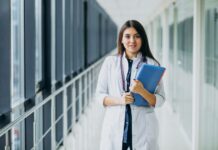 Is It Safe to Download Software on Softonic.com in 2022? 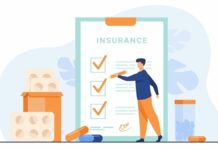