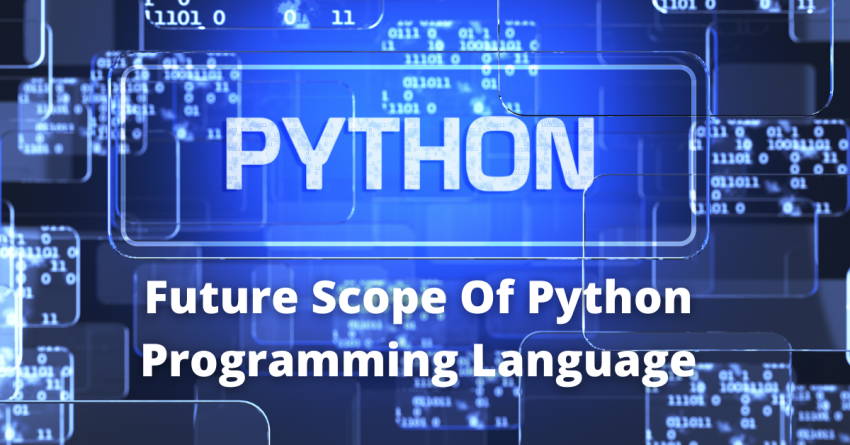 Note: This is a guest post by Sowjanya Kodiganti. The author’s views are entirely her own and may not reflect the views of CodeItBro.

Python is one of the great programming languages for beginners and Experts. Used for web scraping, scripting, automation, data analysis, web development, and data table creation. Guido Van Rossum, the inventor of Python, wanted to deepen the cuts to make Python easier to read and use.

Today, Python is used by large multinational companies such as Google, Facebook, YouTube, Netflix, and Dropbox. Besides, it is also used in frames such as Django, Flask, and Jupyter. Now we are going to discuss a career in Python.

Python can easily communicate over the Internet. It can quickly send and receive online searches and collect information from databases. Language does not force anyone to return a type of value and function when defined or created. Python has grown exponentially in recent years, surpassing many other programming languages.

Python has a wide range and also increases employability. Choosing this language will never be a bad decision as this language is the fastest-growing language. If you work in this language, you have a choice to work as a web developer, software programmer, game developer, data scientist, and AI researcher.

A closer look at well-known job portals such as Upwork, Freelancer, and PeoplePerHour shows that the number of external partner jobs in Python increases. This trend is most common in the United States, where most of the career opportunities are in Python.

As a freelance Python developer, you may need to work on a variety of projects. Typical examples include setting up a trading bot that can be used to buy and sell cryptocurrencies, updating an existing 3D rendering pipeline, or discovering vulnerabilities in a cloud platform for better system performance.

A detailed understanding of the project requirements and an accurate assessment of the effort required are essential to the project’s success. Those working in Python should also schedule a time for conference calls with project coordinators and project reviews.

This ensures better communication and fewer mistakes. You may be looking for part-time career opportunities as a regular Python programmer, Python software developer, security architect, or senior researcher.

Python has many career options. Huge growth, internship, and lucrative salary are just some of the known benefits. They can be part of a changing technological landscape and influence it in their own way. Add to this the magic of a data analysis lesson, and you will succeed!

Do you want to have a good laugh before moving ahead in the blog post? If yes, then do check out these hilarious Python memes.

6 Reasons Why You Should Learn Python

Python Career also offers many career opportunities. You can start as a programmer and then take on the role of a data scientist. With a lot of Python experience and certification, you can also become a certified Python tutor or entrepreneur. However, the result remains the same. Run to bloom on a python.

Let’s now explore 5 main reasons that will compel you to learn Python in 2021 and upskill your career.

Python code is easier to maintain and understand than other languages. A person who knows the basics of Python programming can easily understand the code. The code is easy to read and clean so that you can maintain it instantly.

Thanks to its dynamic, efficient, and effective operation. Python is a platform-independent or mobile programming language. It can run on several operating systems, such as Windows, Macintosh, Linux, and Unix. Developers can develop the program on different platforms by typing only once.

There is an extensive library collection. In these libraries, you can choose different modules according to your needs. The developer can add additional functions without additional cod. For example, when writing a web application, you can use modules for web services, Internet protocol, mathematics, string operations, control of the operating system interface, etc.

Python provides many open source web tools and frameworks. These structures, tools, and libraries can help to reduce development time and costs. Examples: There are several options for web development, such as Django, Tornado, bottle, bottle, pyramid, cherry, etc.

Tools such as PyQt, PyJs, PyGUI, Kivy, PyGTK, and WxPython can be used to develop a graphical desktop user interface. And so on. Additionally, you can use PyGame, Kivy, and other Python libraries to develop browser-based games.

The best part of Python is that you can use it to automate boring tasks and make your life a lot easier. For example, you can use Python to automatically send emails with attachments such as PDFs, images, and other documents. So, if you are a digital marketer, you can automate the outreach process to focus on other important tasks.

Organizations that use Python:

Check out our latest Python tutorials:

Sowjanya Kodiganti has been working with various technologies for over two years. She is currently working as a Content Writer for Mindmajix. She wrote articles on the trending IT-related topics, including RPA, Angular JS, Artificial Intelligence, Data Science, Python, Cloud computing, etc. You can reach her on LinkedIn.

How To Make A Digital Clock In Python Using Tkinter

ABOUT US
CodeItBro is a hub of Python programming and data science tutorials. Read the latest tech news and useful apps review to always stay on the edge.
Contact us: codeitbro@gmail.com
FOLLOW US
© Copyright - CodeItBro