Are you looking for an awesome Sudoko Multiplayer game? If yes, then here we will share a review of UsDoku: a real-time multiplayer Sudoku game that you can play with friends and other online players in fun and challenging gaming environment.

Sudoku is a classic yet addictive game that requires patience, logic, and pattern recognition skills. It is so popular that you might have played it on a newspaper, magazine, or other media such as mobile or desktop.

However, most Sudoku games are single-player, where you test your logical skills by solving the puzzle. If you want to add a bit of flavor to this classic puzzle game, you are on the right page. Here we will cover a free real-time Sudoku Multiplayer game known as UsDoku.

You can also play with other online players in the lobbies and even create a game party. This review will explore UsDoku and how you can use it to play Sudoku with multiple players in real-time.

Getting started with UsDoku is pretty straightforward. You don’t have to sign up to play Sudoku online with your friends or family members. Visit the link provided below and click on the Create Game button.

Now, you can configure the multiplayer Sudoku game in this step. Choose the difficulty level and the game visibility. 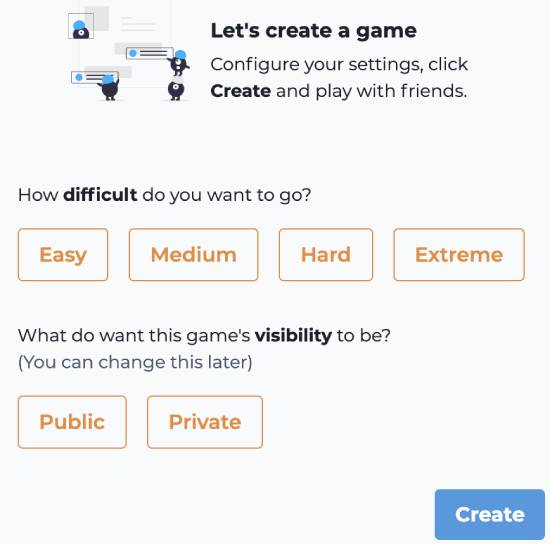 Once done, click on the Create button, and UsDoku will then ask you to specify your username for the game, as shown below. 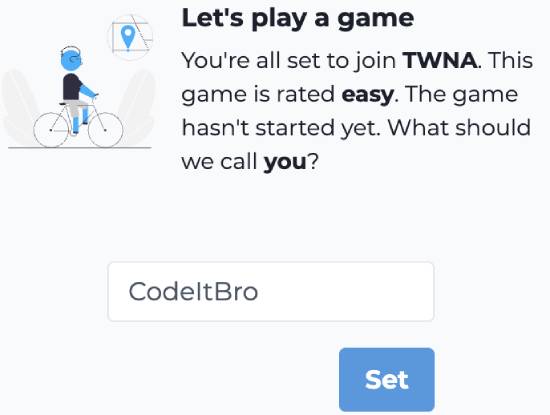 When your friend access the shared Sudoku game link, UsDoku will also prompt them to specify their user name. Once both of you join, the game starts automatically. 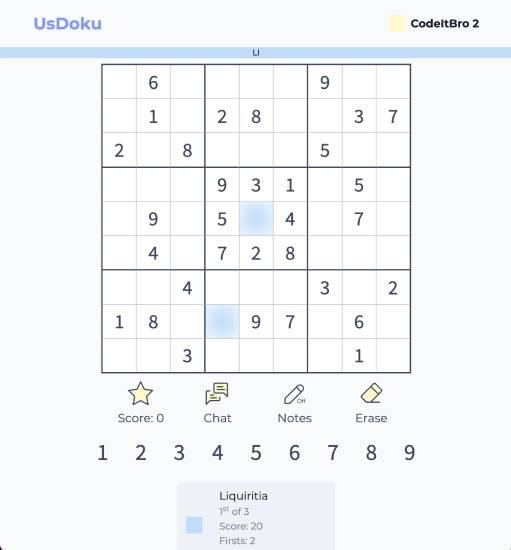 The game interface is pretty intuitive. To input an answer, you first select a cell and click on any number, as shown above. If the answer is correct, you will get score points; otherwise, it will increase your incorrect attempt score.

As you are playing the game in real-time, you will see a list of all other players and their positions, scores, firsts, and mistakes, as shown below.

We explored UsDoku: an online website to play multiplayer Sudoku games with friends and other online players in this blog. The website offers a modern interface, and there were no issues in setting up public or private games. If you want to test your Sudoku skills and challenge other people, check out UsDoku. The best part is that it lets you chat with other players and create game parties.