Web development is essential for every organization. At the same time, it comes with many leaders’ decisions. Not to mention that it is a very tedious task. There are so many languages available, and most of them can create an excellent product for you.

How are you going to select one from the pool of languages? Specific languages have the edge over others, and Python is right there on top of the list.

Python is an Object-Oriented Programming Language that focuses on Rapid Action Development (RAD). The language increases code readability with its simple syntax, rigidity towards indentation, and namespaces.

7 Reasons Why You Should Use Python for Web Development

Python is simple and highly in demand. If you’re looking to hire python developers, you should know that python is a powerful language that runs on all the popular operating systems like Mac, Linux, and Windows. It is not only for popular Python website development companies for web development but also in other areas like Deep Learning, IoT, and Artificial Intelligence.

In the late 1980s, Python was conceptualized as one of the world’s most popular programming languages, drawing inspiration from ABC and Modula-3. Since its first release in 1991, it has come a long way and is now an open-source project.

It attracts a large, professional community that is continuously improving it to this day.

Why use Python for Web Development?

For those new to web development – web development is creating, building, and maintaining websites. It comprises the front-end (the user experience) and back-end (not visible to the end-user).

Python has established itself as the back-end web development language, and in most cases, it is combined with other front-end languages to build the complete website.

Let us now jump to the reasons for using Python for web development:

The language is easy to learn for anyone with a technology background. Even the new developer can learn and join the development team much faster and start contributing.

The language uses simple syntax that allows developers to deal with intricate systems. It also ensures that the developers working on the same project can communicate more efficiently.

Web development is not a one-time activity. You will have to keep on adding new features and modifying existing ones. Since Python is similar to everyday language (English), it is easy for even the latest developer to understand the existing code and change it. It saves a lot of time and effort for the company, which otherwise would have to spend weeks analyzing a complex language.

Back-end tasks can get very complex during web development. The business logic in most cases is complicated, and if the programming language is also involved, the developers will have a hard time creating the application.

However, Python is an advanced coding language that allows developers to do complex tasks on the back-end. You can quickly work even tasks related to Data Science and AI using Python.

A language has a framework available, making the developer’s life very easy. Python comes with many frameworks, including Django, Pyramid, Turbogears, etc. You can think of frameworks as tools that help developers speed up the development process.

Python and Django bundle is considered the most budget-friendly combo in web development. If price is an essential factor for you, Python should be your preferred language and Django.

Even if you have an excellent team, there could be a scenario; the developer is stuck at a particular piece of code while debugging. The developer may not find the solution within the team, but if the language is popular, many other developers are using it.

A vast community of developers uses Python. Hence, someone else might have also faced a similar problem earlier if you were stuck during the development code cycle. The solution to your problem is somewhere on the web and just a few clicks away.

Given it is an asynchronous coding language, developers hardly face any roadblocks or confusing issues while developing web applications. Since each unit runs separately, it can handle many different situations and problems faster than other languages.

Web development is not just about coding. It is also about ensuring that your application is free of bugs and errors. Users should get the bug-free version of your web application to use.

Testing is a time taking process in most cases. However, Python comes with a built-in framework for unit tests. It saves a lot of time in testing and helps you deploy your code to a live environment in less time.

Some of the top companies that use Python in their technology stacks are Instagram, Disqus, and Spotify.

Python has been around for a long time, and in the last few years, developers have understood how simple it is to use. Switching from another language to Python will result in mind-blowing benefits for organizations that use Python for web development.

Therefore, Python is an essential language for everyone regardless of their sphere of expertise. Using it, you won’t have to waste time filling out unnecessary details, and you’ll be able to ensure high levels of security. 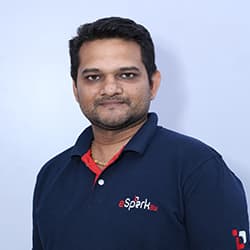