What types of apps can be developed using Python?

In general, being familiar with Python basics is essential for mobile app development. The language is dynamic and highly profitable. Using the techniques and sequencing of Python, developers can develop different kinds of apps and tools.

A. Python is one of the most reliable programming languages to develop financial analytics tools.

B. Python is also one of the best programming languages to develop a mobile app related to banking and finance software.

Even if you are concerned about developing an online cryptocurrency trading app, you may use the Python programming language.

Application types that developers can develop using the Python approach 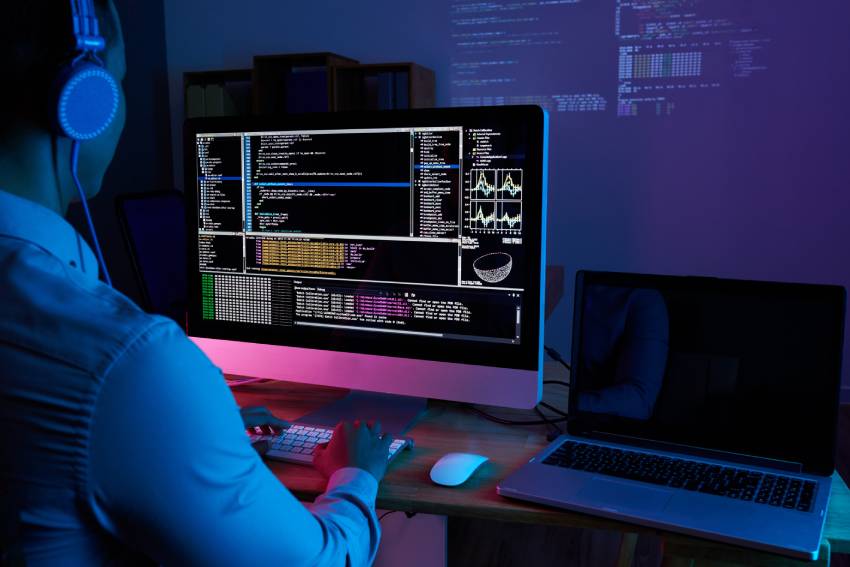 Let us get in-depth on all kinds of mobile apps developed using Python. These are the seven types of applications that you can read about in the content below.

With the launch of cryptocurrencies, BlockChain has been considered the ever-growing trend. The technology is a decade old, but its expansion has no limitations. The BlockChain system has been used for encryption and security authentication.

The technique is not easy, but it is possible to develop a BlockChain app using Python app development. The technology makes use of the Python basics. This is one of the reasons why more developers and programmers are using Python.

Also Read: Python Vs. Java | Which One Should You Learn?

You will come across many game developers who have developed some of the best gaming applications using the techniques of Python App Development. Some of the top games in this list include Battlefield, Panda 3D, and Eve-online.

The main advantage of using Python is that it is a high-performing programming language. The developers can quickly test the applications multiple times during the development stage. The language will also allow the users to make use of various add-ons.

If you need to develop a mobile app for management, the Systems administration app is the right option. The application can be best created using Python programming. To make this type of app, developers can use the basics of the interface using Python language.

The developers can integrate the application with any OS. This means that the administration app can perform equally on iOS and other Android OS.

MLA refers to the Machine Learning Application. It is considered the leading trend in algorithm technology. This algorithm helps the developers feed data directly into the system. The machine is also able to make intelligent, logical decisions.

The main advantage of using Python language here is that developers can use its predefined data library – Scikit and Pandas.

For all types of online and offline businesses, today, companies have to depend more on mobile business apps. These are simple to use applications. They help customer interaction online. Such business apps are widely used to make e-commerce websites and business platforms.

Python is one of the best programming languages. You can use it for developing all types of management website apps.

As far as expert insights are concerned, Python has been rated as the best programming language. It is also placed in the third position in the preference list. The language is probably one of the most common programming languages to be used by any developer.

Apart from this, the language is also compatible with most operating systems used today. This means developing an application that will work on multiple platforms. You can integrate the same app on the laptop and mobile platforms simultaneously.

Python is the best programming language for all types of Beta version apps. So if you are into cloud computing, then Python is the right solution.