Software development is one of the most popular career choices among the youth today. Software developers work on a wide range of projects, from simple apps and applications to the operating systems that enable computer programs to run. If you are looking to hire software developers, then you should check out StackOverflow. It’s a worldwide community of intelligent software engineers.

Software engineers are excellent problem solvers who enjoy thinking outside the box and working in a dynamic world. Sounds interesting? That is only the start because, in this article, we will be exploring some interesting facts about software developers.

Without further ado, let’s explore these fantastic and lesser-known facts about software professionals.

1. The world’s first programmer was a woman

Ada Lovelace, born in the year 1815, was the world’s first programmer. She started to work on the analytical engine in the early 18th century. She has developed the first computer program, a century before the first computer was created.

She was an English mathematician and writer, best known for working on Charles Babbage’s Analytical Engine, a mechanical computer.

Ada Lovelace was the first to recognize that people could use the computer for more than just calculations, and she published the first algorithm designed for such a machine. As a consequence, she is often referred to as the world’s first computer programmer.

2. ‘Web developer’ is the most preferred job title

This may seem like a no-brainer, but any IT recruiter will tell you that there are various synonyms for the same job: full-stack developer, programmer, architect, analyst, and so on.

According to a survey, various web developers were asked what job title they would prefer most. They were asked to choose among the job titles like Engineers, Developers, Programmers, Senior Developers, and Full-Stack Developers. With 72.6 % of the vote, the title “Web Developer” was the most common choice.

3. The average age is relatively less, as compared to other professions

So we see that the area of software development is a young person’s game. The typical developer has less than five years of experience, and three-quarters have less than ten years.

Also Read: What is Coding for Kids? | Benefits, Teach Kids How to Code

4. Developers learn in a variety of ways

Although 43% of developers have a bachelor’s degree in computer science or a similar field, 69% claim to be partially self-taught.

The variety of educational pathways available to developers is genuinely fascinating. Some people learn in school, online, on the job, or by combining these methods.

The majority of the developers have two to five years of experience in this field. This is typically the level of expertise held by most mid-level developers who regularly work on heavy development projects.

Full-Stack Developers have an average experience between 6 to 10, and Engineering Managers have 11+ years of experience.

6. Men take up the bulk of developer jobs

Another fact about software developers is that men continue to make up the bulk of developers, accounting for 88.6% of the workforce.

However, this figure is slightly lower than that of a 2016 study, in which men accounted for nearly 92 % of the developer workforce.

This gender difference is partly because computer science and development jobs are prominently marketed to male students.

At colleges, this pattern is shifting, and women should expect to close the gender gap soon.

7. You Have the Choice to Live in a Variety of Cities

When you think of software development, you probably think of Silicon Valley, but the top location for software-related jobs in New York City has over 54,000 software engineers.

8. The pay is excellent

It should not come as a surprise that software engineers earn a lot of money. It is so because of the high demand for their services.

9. Developers in the gaming industry are the happiest

In other words, we can say that the Gaming industry does a better job of keeping them satisfied than industries like telecommunications and government, which rank last in terms of a developer’s job satisfaction.

10. Software developers spend more time learning as compared to others

Software engineers have a higher rate of learning than other professions. This makes sense because, while change is rapid in all industries, it is swift in the ever-changing technology field.

Software developers reported learning a new skill 48 % of the time, compared to 36 % of all professionals. They often spend more time on LinkedIn, with 45 % having recently updated their profile, compared to 32 % of the general population.

11. Software developers are paid the most in San Francisco and least in Detroit

Software engineers earn a median wage of $142,000 in the San Francisco Bay Area and $88,0000 in Detroit. Of course, the cost of living differs significantly between these areas.

Seattle is considered ideal for software developers as it has a high median wage of $132,000 per year and a lower cost of living than the San Francisco area. And that is the reason it is also the country’s fastest-growing area for software engineers.

12. Most in-demand software engineers are the ones who specialize in Machine Learning and Data Science

Software developers receive three times more InMails from recruiters as compared to the average professional on LinkedIn. And specialties like machine learning and data science seem to attract even more attention, making it easier to find work.

With this, we sum up our list of 12 interesting facts about software developers. This article will help you understand the latest demand for software engineering jobs and understand some lesser-known facts of professionals.

Subscribe to our newsletter to get similar articles straight to your inbox. 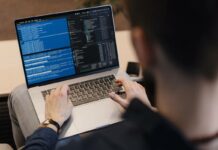 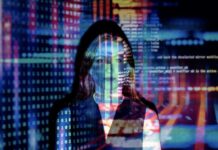 Learn a New Language: The Language of Programming 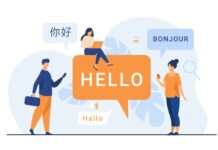