To check the most frequently used words used by Twitter users, we will use an online tool called Tweetails. With the help of this online tool, you can check the most tweeted words, tweet statistics, most mentioned users, intelligence rating, and more. Do note that you can only find most tweeted words for public accounts with a minimum of 10 tweets.

Also Read: How to Unsave All Posts On Instagram At Once

How to Check Most Tweeted Words of Any Twitter Profile 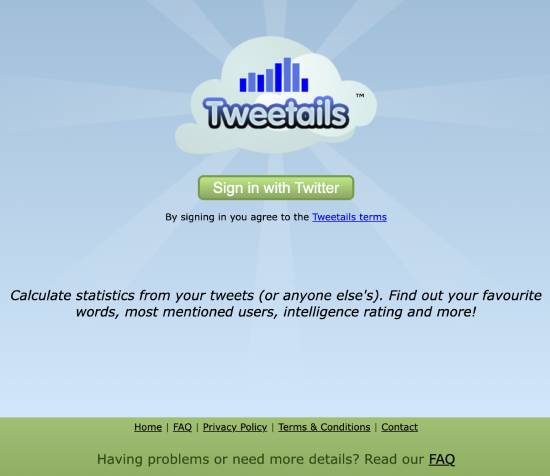 Step 2: After that, you will have to authorize Tweetails to access your profile data, as shown in the screenshot. 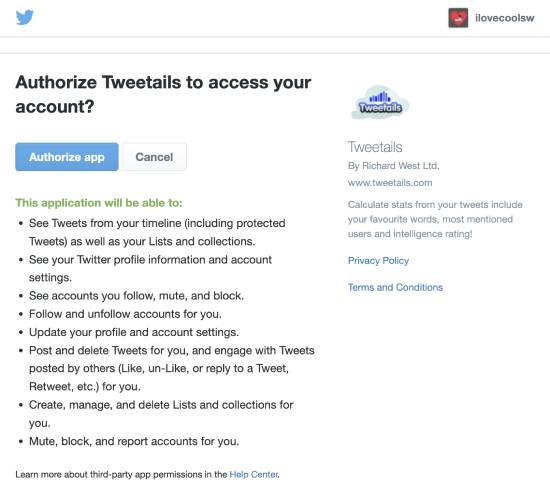 To move to the next step, you have to click on the Authorize app. If you are not comfortable sharing app permissions, remember that you can easily revoke the access from Twitter’s settings.

Also Read: How to Export Facebook Comments From Posts In Excel File 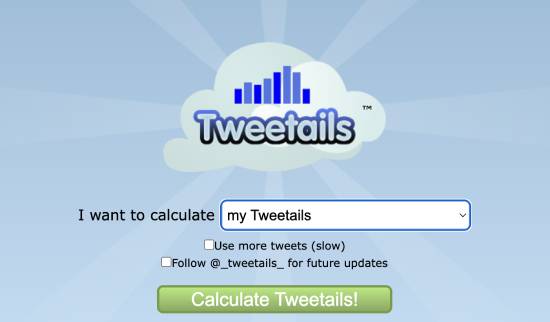 To see the most frequently used words of another public Twitter account, choose another user’s Tweetails option from the dropdown next to the “I want to calculate” option and specify its username. After that, click on the Calculate Tweetails! Button to see the tweets statistics of that user.

Also Read: Transcribe Audio to Text With These 5 Best Software

Step 4: As soon as you click on Calculate Tweetails! Button, the app starts fetching your tweets or tweets of specified Twitter users and analyzing them. 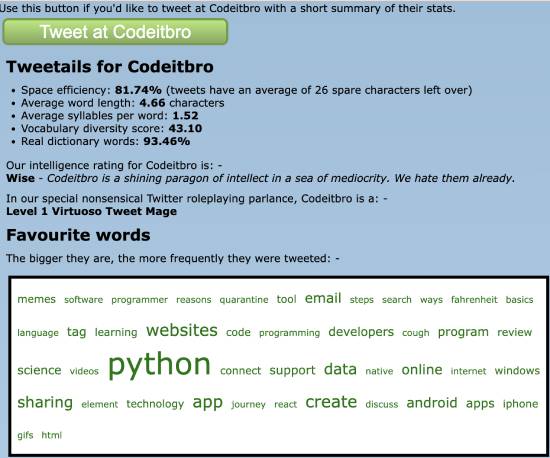 Within a few seconds, the app displays the most tweeted words in the form of a tag cloud, as you can see in the screenshot above.

Apart from that, the app also shares the following Twitter statistics:

What’s more interesting is that it also shares an intelligent rating of that Twitter profile. Besides tweet statistics, it also shares estimated activity data such as:

In this tutorial, you learned how to check the most tweeted words of any public Twitter profile. So, in case you want to perform an introductory text sentimental analysis of any Twitter profile, then Tweetails is the best option for you. The best part is that you can also find the most mentioned users and most used hashtags for any Twitter user.

In this tutorial, you will learn how to trim videos in Windows 11 without any app or software. Windows 11 offers many tools that will…

It’s frustrating to send an email straight to the recipient’s spam folder. You’ve followed all the best practices for email marketing, so what gives? Spam…