As the world sees more digital adoption, the cyber risk increases, and businesses and individuals alike are prone to deal with data breaches.

Digitization is no longer a luxury, as increasingly more businesses went the automation route. But although it proves incredibly beneficial, it also comes at a price – cybersecurity threats.

Several attempts to disrupt computer systems came into existence, from malware and phishing to Denial-of-Service and credential-based attacks. Malicious individuals moved on and found more sophisticated methods to compromise data, so it’s no longer about a computer virus or password cracking.

The technology has advanced, and so have the programs designed to intrude and endanger a system. That’s why it’s paramount to do your homework and document the many types of cyber threats to know what security measures to adopt.

Ensure you get all the information about each possible cyberattack because the nature of such breaches has evolved and, with it, the ways to avoid them.

With that in mind, keep scrolling to discover the most common types of cyberattack and how you could mitigate cyber risk: 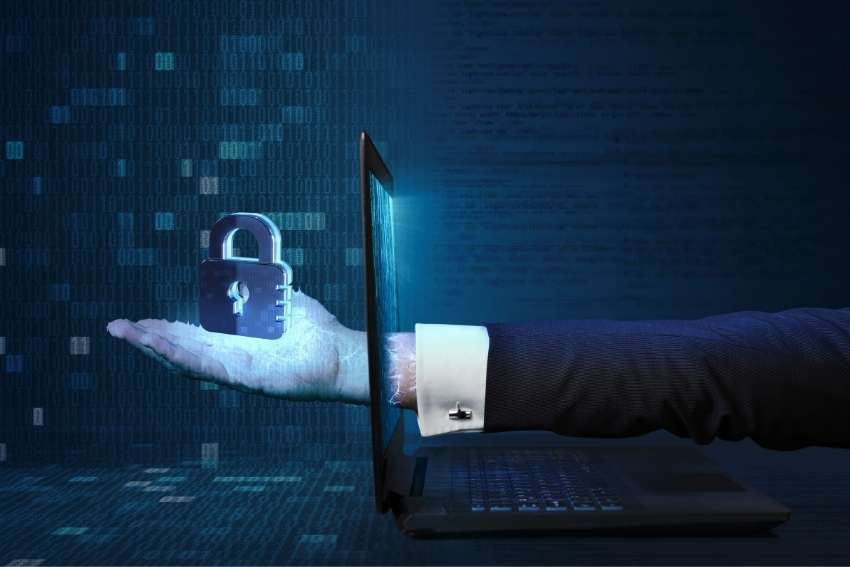 This has been around from the beginning and seems never to stop. For those not knowing what malware is, learn that it’s an unwelcome piece of software or program that causes a computer to go down.

Ransomware, viruses, spyware, Trojan horses, and backdoor are all malware types that disrupt a computer. Ransomware, for example, encrypts people’s files and requests a ransom to be paid to decrypt them.

Wondering how malware gets to infect a computer? Well… it’s you who click on “planted” unsafe links that lead to this software being installed inside your system. That’s why it’s highly advisable to be mindful of such dangerous links and don’t click on anything that might come into your email inbox.

The most effective way to prevent malware is to have a proactive approach. This means you must have an advanced anti-malware program and identify suspicious links, web pages, and files before clicking or downloading them.

However, it’s not excluded that, even when acting this way, to fall into the malware’s trap. Today’s technology allows malicious parties to spread all kinds of links and files on the Internet that are hard to recognize as suspicious. So, if you fall victim to a malware attack or data breach (credential guessing, DDoS, phishing, etc.), ensure you take the proper steps in this sense.

First, get in touch with a professional solicitor to help claim data breach compensation in the UK. Then, ensure you’re physically and emotionally healthy because such computer intrusions can significantly damage victims.

Scammers often use Distributed Denial-of-Service or DDoS attacks to crash a website. The “distributed” in its name suggests that there are several devices aimed at a target that launch the attack, which is one reason it is sometimes challenging to fight.

Because these malicious actors overload the targeted server with unbearable data, this will likely go down. Such attacks are usually easy to recognize, especially from the outside, as when people access a website under threat, they’re told it’s unavailable.

DDoS can take the form of:

To prevent DDoS, it’s recommended to keep systems up to date and constantly monitor traffic. This way, you can identify abnormal occurrences, but keep in mind that you might need to take your server offline for maintenance to carry this out.

Although it’s hard to believe that an actual individual can be involved in such security attacks, find out that these are some of the most common threats. Man-in-the-Middle or MitM attacks happen when a third party (in this case, the hacker) inserts themselves in a client-host session.

You’re more prone to MitM threats when using a public network because it’s not secure, and thus a malicious party can hijack your session. They usually use software to process and steal victims’ critical information like bank account details.

One helpful way to protect yourself against MitM attacks is to look for HTTPS-enabled web pages. The “s” at the end means the connection is secure, meaning the website has an SSL certificate, which makes it a trustworthy authority.

You can also turn to a virtual private network (VPN), especially when surfing the web from public places. Even if you think this will never happen to you, you never know what kind of people spy on you.

Password-based attacks are probably the most common cybersecurity threats, but it doesn’t mean they’re inefficient. You’d be surprised to discover how many websites and accounts are cracked daily due to weak passcodes.

Hackers often use credential-hacking and -guessing software to access passwords and usernames. These programs use advanced technology to steal sensitive information, but you can prevent this from happening by creating strong, unique passwords. Strong credentials are even more important if you work in or run a company since critical customer data are at a stroke.

Therefore, forget about key patterns like “dateofbirth1233” or “childname1234” – that “1234” will take you nowhere. These will be crackers’ first attempts, so get ahead of them and strengthen your credentials. Consider using a combination of letters, numbers, and symbols and form random phrases and words that have nothing to do with you.

Other not-to-be-overlooked cyber threats include:

In 2013 a major US retailer was compromised through a social engineering attack. The attackers used a technique known as spear phishing to gain access…

What is a software engineer’s biggest fear? In the fast-paced world of technological innovation, where the speed of product delivery is often as important as…

Structures like VPNs, firewalls, network monitoring software, and other authentication processes exist as internet security systems, yet there is a weak link that brings in…