What is a software engineer’s biggest fear?

In the fast-paced world of technological innovation, where the speed of product delivery is often as important as the validity of the software, it is essential to ensure that every pipeline stage is secure.

With hackers ever busy, ever ingenious software development process, organizations must be equally creative in protecting their products.

It’s not enough to consider security solely as a particular product feature. Instead, keeping an eye on threats across the supply chain, from third-party codes to other components, would be best.

In this piece, you’ll learn the various ways to monitor your processes and secure the software supply chain from potential threats.

What are the threats to your software supply chain? 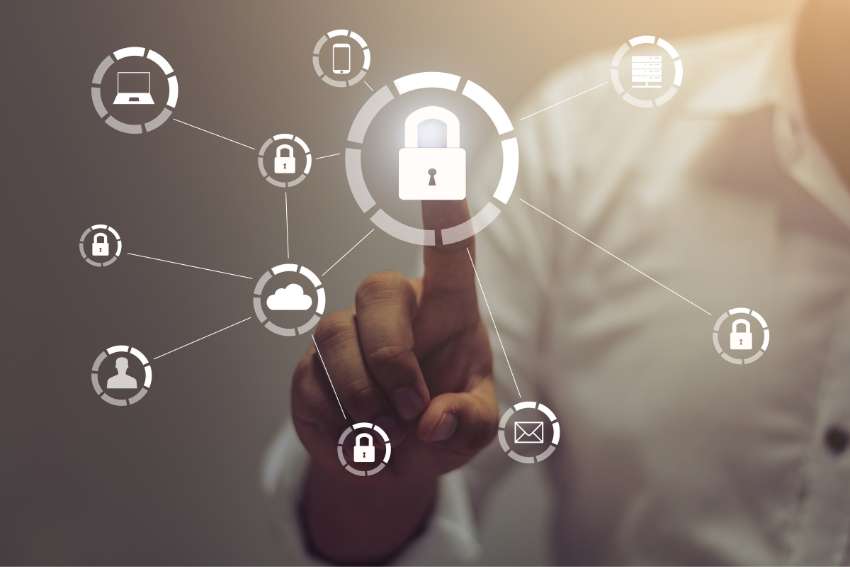 We have already established how crucial it is to protect your software supply chain against malicious incursion at various stages of the software development life cycle.

It’s not enough to address these issues one by one. This is because hackers often have holistic approaches. Sorting out a single vulnerability can leave you ignorant of others cropping up in real time.

As such, you must be perpetually vigilant, with your security efforts spanning the entire development lifecycle.

Securing your software supply chain begins before the proprietary code development, all the way to code compilation, interim builds, and eventual deployment.

To assess the risk involved and reveal vulnerability issues, it’s essential to understand the context and actual threats to your software supply chain.

Also Read: How To Make a Discord Server Public

Here are four such risks:

This consists of threats from third-party components, most of which are tracked in an index known as the CVE (Common Vulnerabilities and Exposure) list.

Such risks are revealed by assessing the Software Bill of Materials of the artifact and cross-referencing its metadata to CVE databases.

You can discover potential known vulnerabilities by analyzing the source code and binaries.

Before the discovery, these errors can remain hidden for years in third and first-party code.

Vulnerabilities may also exist in components other than code. Components like IaC files, configuration files, firmware, containers, and EPMs could be compromised, unknown to you.

Non-code issues are usually a result of human error rather than ill intent. They’re also generally introduced in the peripheral stages of the development lifecycle rather than the core stages.

This is often the most tricky category of threats to your software supply chain, as the vulnerabilities are often well hidden.

They result from malicious intent and include internal or external injections of viruses, ransomware, spyware, and bots.

Other ways malicious code can find its way into your software project is via the corruption of open source repositories with malicious packages, hacking, and other mechanisms for granting unauthorized backdoor access to critical project components.

The damage is often too deep-set to rectify after you’ve deployed your software. Any efforts to resolve the issues are often very costly.

As such, you must take these steps to secure the development pipeline:

Wherever internal package repositories are concerned, write access should be restricted to only authorized team members, using the highest form of security authentication, including MFA (multi-factor authentication).

2. Carry out comprehensive testing and analysis

Several analysis and testing tools help detect and flag vulnerabilities and suspicious behavior of software components. Acquire these tools and let them aid you in securing your projects.

Ensure to do this as often as possible throughout the software development life cycle.

In addition, you should use SAST (static app security testing) to scan your source code for potential vulnerabilities.

Also Read: Intro to Threading in Python [Understand With Examples]

As you develop your software, you’ll find that proprietary code is the aspect you have the most control over.

The quickest way to compromise your project is to have insecure source code. As such, it’s essential to implement strategies for code security.

An excellent way to achieve this is to use code linting to help flag basic programming errors during the SDLC before the production stage.

Additionally, you can use SCA (source code composite analysis) for third-party component verification.

Using third-party libraries, frameworks, and other dependencies is an inevitable aspect of software development.

Software development organizations use third-party sources to speed up their processes rather than build all the code from scratch.

To ensure that your software supply chain is secure, you and your team must comprehensively visualize these third-party components.

First, you can include dependency vulnerability scanning to ensure that the respective libraries are CVE-free and patched.

You can also use lock files to avoid inadvertently introducing additional vulnerabilities while updating the dependencies.

Finally, it would be best to use dependencies from popular repositories, especially ones used by several developers. Components from these sources are more likely to be secure than ones from obscure locations.

When large-scale security breaches happen, the first question is how far along the pipeline has been affected.

More often than not, software organizations are caught flat-footed in their incident response, mainly where it concerns vendors and other third parties. Spreadsheets can only do so much and are grossly ineffective in mitigating security risks in such events.

Managing your vendors centrally is ideal for accelerating your response to potential incidents. As a result, it’s easier to assess each case individually while providing remediation recommendations to speed up risk mitigation.

Additionally, you should enable your vendors to actively report cybersecurity incidents via an automated, standardized reporting assessment that analyses and escalates risks for due reporting. Automated workflow rules can also help here, making you more responsive to high-profile risks as it affects each third-party component.

A reactive approach to cyber threat detection across your supply chain is far from ideal. Instead, a proactive, holistic approach that anticipates potential disruptions and vulnerabilities is ideal. This way, your development pipeline and practices will be more streamlined.

In 2013 a major US retailer was compromised through a social engineering attack. The attackers used a technique known as spear phishing to gain access…

Structures like VPNs, firewalls, network monitoring software, and other authentication processes exist as internet security systems, yet there is a weak link that brings in…

For those looking to work from home, the field of cybersecurity is ripe with careers that make this a viable option. Though these careers can…