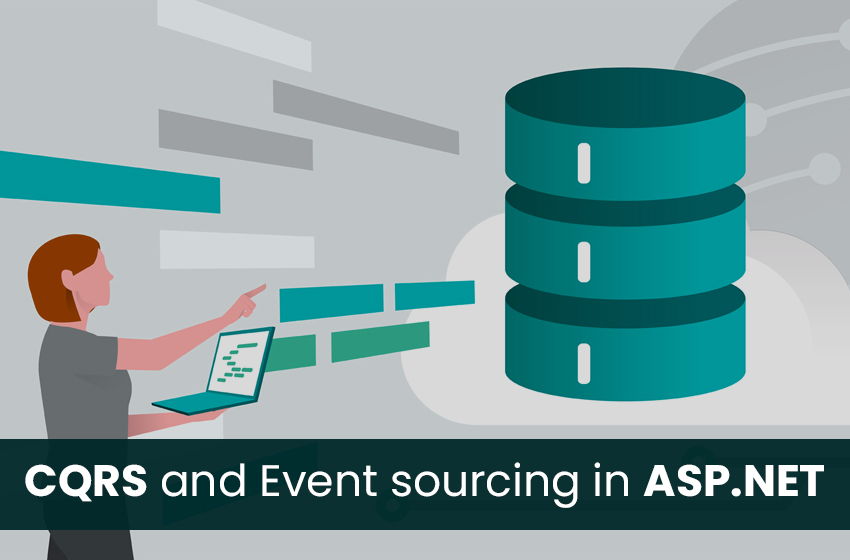 CQRS (Command-Query Responsibility Segregation) is a pattern commonly used with event sourcing pattern. Command-query responsibility segregation-based system to use the data model to read and write.

By implementing, Command-query responsibility segregation (CQRS) can maximize performance, scalability, and security for your application. Event-sourcing is used to store data models with an action taken on data instead of storing the current data state.

What is CQRS (Command-Query Responsibility Segregation)?

Command-Query Responsibility Segregation (CQRS) is a design pattern that has huge consequences for any system design. CQRS states that command and query are completely different things and are executed against the different model (Read model and write model) of data.

Queries (Return Data): Get data/information from the database and never modify anything within the model.

Commands (Perform Action): Command performs the action which can be written, update, delete (along with business logic).

In traditional architectures, the common data model is used to read and update a database and perform CRUD operation.  In complex applications on the read-side, the application performs different queries, and object mapping can become complex.

For the write-side, the model implements complicated validation and business logic for the application.

CQRS uses a separate read and writes model, Command is used to update data, and Queries is used to read data.

What is Event sourcing?

In a “normal” database, data is store as exists at the moment with its value and relation. In the Event Sourcing data store, data is a store with its changes in the form of an event. These events can be re-run later to re-create the current state of data.

In Event sourcing, you have data stored at the current point in time and can re-create the data-store at any time. Event sourcing can improve the performance, scalability, and responsiveness of an application.

Command-Query Responsibility Segregation and Event sourcing fit so well together because event sourcing becomes a write model of CQRS while the read model’s design is irrelevant.

CQRS and ES system work well together, and the CQRS/ES system label is just a CQRS system.

CQRS/ES system is difficult to set up.

When to use this pattern?

Consider the following scenarios for CQRS:

This pattern is not recommended in the following scenario:

Consider the following points when CQRS pattern used with Event-sourcing

Do You Think AZ 204 Certification Is Worth Your Time?

Why You Should Choose ASP.Net Core for Website Development