In this article, you will find a list of 14 best soundboard apps for Android and iOS. You can easily create custom sounds for memes and videos using any of these soundboard apps.

What is the use of a Soundboard app? A Soundboard app is used to play audios of memes, some portions of songs, as well as bring sound effects in some phrases of movies too. You can also use this app with podcast and voice changer apps.

Let’s now explore these soundboard apps for Android and iOS without any further delay. 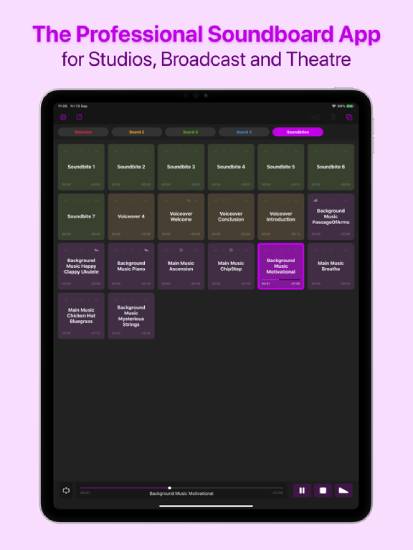 This is available only on iOS devices. The features and advanced settings make it unique from other sound apps. It is perfect for those who want professional features. It is helpful for several purposes like; services in church, podcast recordings, etc.

You can also add different tracks from your phone’s music library or cloud services, especially when the free version is concerned. It is supported with MP3, WAV, and AIFF formats. Playing multiple tracks seems very easy that too can be performed at the same time. 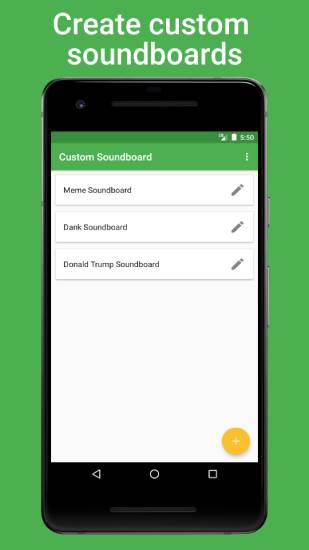 If iOS has Soundboard studio, Android has Custom Soundboard. This app has lots of advertisements even though it is free to download. It is also free to use. You can add unlimited tracks from the device, URLs, etc.

It has the Record Live Audio feature, enabling us to make our track. Thumbnails can be used in the ways. You can also trim the tracks whenever needed and set the looping time. You can share this with peers and friends as well.

Get from Android here. 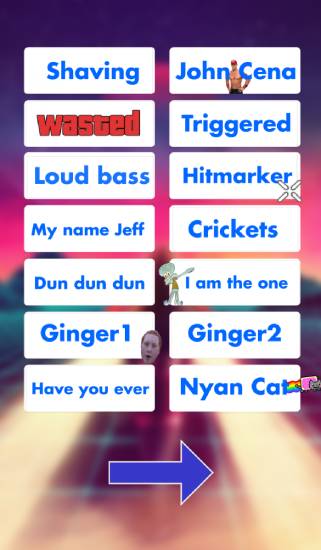 This is by Zombodroid. This meme soundboard will provide more than 500 tracks, which you can also use for accessing comic effects. This app needs regular updating. After the update, you will have access to fresh memes.

It also has the record function through which you can make your memes. Without looking about the length, you can play 16 different tracks all at the same instant. You can trim and set notification sounds, ringtones, alarms, etc. It also contains ads even though it is free to download and use.

This is also a free soundboard app that has the features of audio memes and certain tracks like the sad violin. Other popular tracks like The laugh of Kiara are also there. Horrifying effects like screaming, doorbell sounds, etc., are also there.

This offers approximately 200 audio tracks. We can choose the track that we need by searching on the tab. This app does not permit customization. You cannot make the loop sounds and edit. Also, you cannot play different tracks simultaneously. In the free version, ads are there which can’t be skipped. You can only access 100 plus free tracks by upgrading to the Golden Version.

This is yet another soundboard app for the situational use of audio tracks. This app offers 400 plus sounds. Tracks from video games, anime, series, movies, etc., are found in this app. Even sports commentaries are also found in this.

Children can also use this as it includes cartoon shows and children’s favorite songs. You can add your favorites to the favorite list and trim the track after recording. These tracks can be set as alarms and ringtones. Both ad versions and add-free versions are also there. 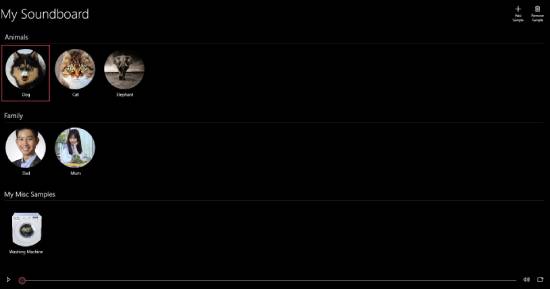 You can use any track for podcasting, live shows, theatre productions, etc. Another thing is that you can include an unlimited number of tracks in this, and you can also download the tracks from the Internet. Recording of tracks function is also there.

But you can’t trim the recording. You can also share this with friends as well. This has one demerit it does not categorize audio tracks. The advantage of using this app is that it is straightforward and only needs a little space in the device. It doesn’t irritate us with ads since it is free to download.

Get for Windows here. 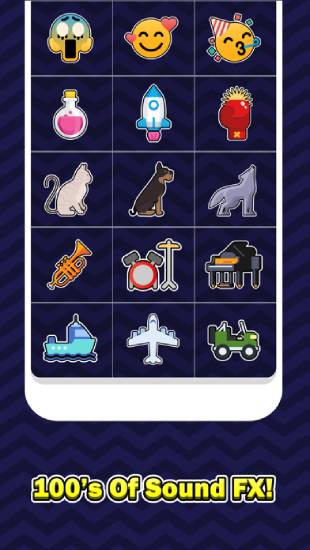 This app is meant for gamers and streamers. This particular app is readily available in the Apple App Store and is free to download. It has many ads. Only limited access is there to the sounds of this app. Also, you cannot import files from the device we use or from the Internet, and we cannot record them. 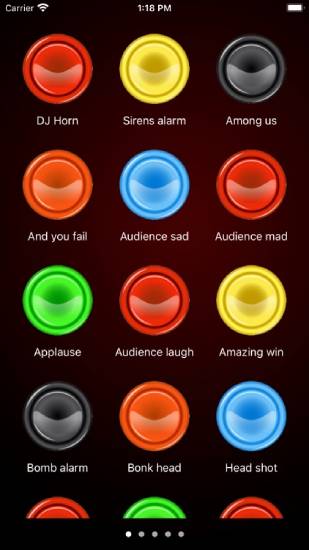 It is also a free and customizable app. More than 250 audio tracks are there. The tracks were featured to be audio memes, movie phrases, etc. It also includes the laugh tracks of both males and females.

Also, it has various theme songs like Big Bang theory. This app does not contain ads and is free to download. This is available for iPhones and iPad only. 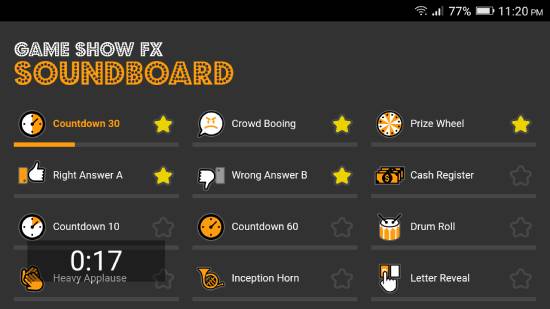 This app is used to show the gaming effects. It is also free to use even though it has ads. It only has 16 and three music tracks, including the timer and right and wrong buzzer sounds. It does not insist on customization. This app is used on android phones. 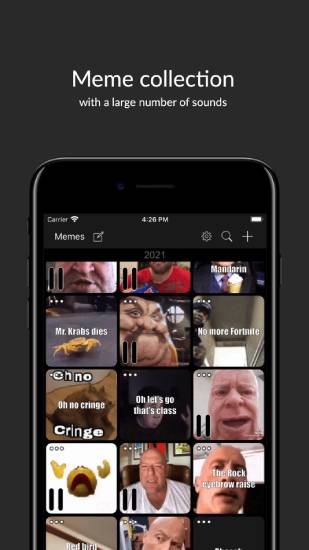 This app has 1300 plus meme audio tracks that too in 30 categories. The free version is also available in which different tracks are played simultaneously. You can change the order of tracks and set ringtone, alarm, and notification soundtracks. A paid subscription is also available. This is also used for iPhone.

Also Read: 4 Best Apps To Put Pictures Side by Side on Android 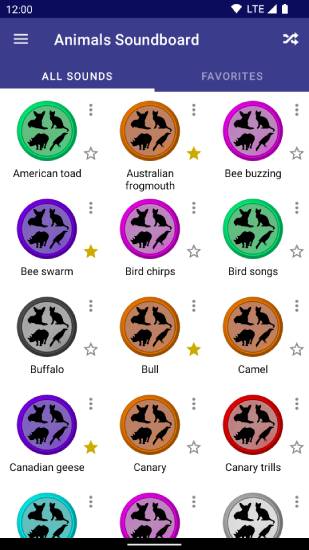 Animals Soundboard has around 120 different animal sounds of cats, dogs, elephants, etc. This app has the merit that it does not need an internet connection to work.

This app has a specialty as it has the Prank Mode Tool, which will play some tracks when your phone gets moved. This app is also free to download even though it has ads. In the premium version, you can go ad-free. 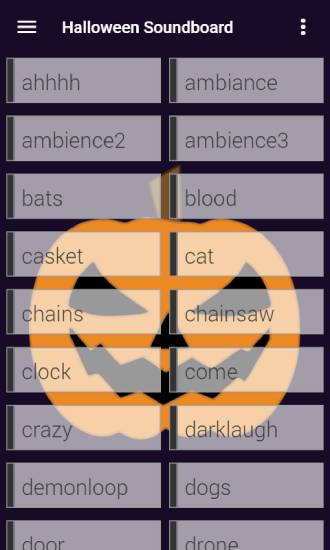 This app has both free and ad versions. Around 48 scary effects, like the creepy church bell, creaking doors, etc. You can play random tracks at the same time as well. To access ad-free content, you must go for a Premium subscription, which also enables recording. 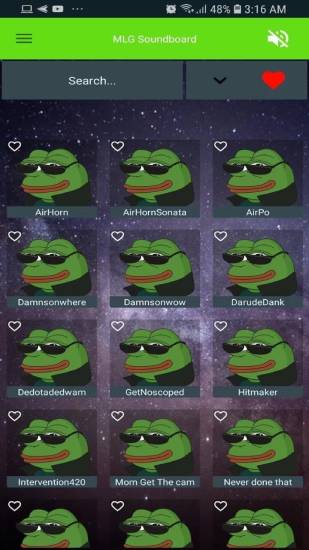 This app has many decent memes. It has a simple usage and colorful design. It has advertisements and is not friendly for a child user. If you go ahead purchasing this app, then you can go ad-free.

It is a Google Play developer with a variety of helpful boarding apps. It has two apps which are ransom. This app is free. But it has ads inside. This is for android phone users.

With this, we sum up our list of the 14 best soundboard apps for Android and iOS. Use these soundboard apps to create custom sounds for your memes, podcasts, and videos. My favorite apps from this list are Soundboard Studio, Custom Soundboard, and Meme Soundboard.