Programming is the art of using computers and other devices to solve complex problems. In the 21st century, where hot terms like machine learning, artificial intelligence, and digital transformation are disrupting every industry, coding has become a desirable skill that most people can acquire to live the life of their dreams.

Before learning to program, you should learn a language to improve your understanding of fundamentals such as syntax, variables, operators, conditional and looping statements, exceptional handling, and other concepts.

When you become comfortable with the basics of programming a language, you can expedite your learning by creating some simple projects and then later move on to develop real-world projects.

Top 10 programming languages to learn in 2021

This blog has compiled a list of the ten best programming languages you can learn in 2021 to have a good opportunity or kickstart your programming career. However, before exploring these coding languages, you must pick which kind of developer you want to become in the future.

R or Python are great options to solve business problems with data. On the other hand, if you want to create mobile applications, depending on the ecosystem, Java, Swift, etc., would be a good choice.

Apart from different use cases, many other factors can significantly influence choosing a programming language, such as complexity and previous experience. In most schools, kids are taught a basic level of programming too. If you are stuck with your programming assignment, you check “do my coding assignment” for help.

Now, let’s deep dive and explore which programming languages you can learn.

Python is an open-source language that provides a user-friendly structure for data, easy association with web services, and community development. It is also famous for deep and machine learning applications.

Do check out this Python tutorial if you want to learn Python and build real-world projects.

Java is a common language that many programmers use for coding. Oracle Corporation owns this language. Its structure determines its position and is widespread in developing applications that do not require a platform.

These functions of Java are possible due to its capability to write once and run anywhere. So, Java is portable for both mainframe data centers and smartphones. More than three billion devices have successfully run applications built on this language.

It was first developed in 2011 by JetBrains. This language is used for general purposes. Its first official version was released in 2016. This programming language is frequently used to develop Android apps, desktop apps, web applications, and server-side applications.

The Kotlin language was developed with a more advanced level of functionality than Java. Therefore, developers and programmers are convinced to use this language. Google also used Kotlin for its different applications.

Other companies like Pinterest, Coursera, PostMates, and many others use Kotlin. The average earning of developers of Kotlin is $136,000 annually and can increase up to $171,500.

Swift was one of the top 10 popular programming languages a few years ago. Apple developed it in 2014. It officially worked for mac applications and Linux. It is a straightforward language that helps beginners to learn successfully.

Swift is an open-source language that supports all kinds of things coming from the language Objective-C. You can use it with IBM Bluemix and IBM Swift Sandbox. It does not require high-level skills to learn its coding.

Swift can be helpful in Mozilla Firefox, a game like Flappy Bird, and WordPress. The average per year salary of its developers is around $96,000.

Microsoft developed C#. It supports the object-oriented concept of programming. C# is the powerful language of programming for the .NET Framework. It was developed by Anders Hejlsberg, who says it works more efficiently than Java and C++.

C is an older language of programming and is very common in use. It is the main root for developing other languages, such as Java, JavaScript, and C#. C++ is the modern and advanced type of C.

Google developed Go in 2007. It comes with web applications and APIs. Recently it has become a fast-growing language because it is straightforward to use and understand. It is also capable of handling multi-network systems.

Also Read: What is Coding for Kids? | Benefits, Teach Kids How to Code

PHP is an open-source language first developed in 1990. A web developer needs to get expertise in PHP because 80% of a website needs PHP for its building. PHP is helpful for websites on the internet and on Yahoo and Facebook.

It usually helps to write server-side scripts. Highly qualified developers can also use it for developing desktop applications. They can also write command-line scripts by using PHP. It is straightforward to learn for beginners. The average income of PHP creators is $81,500.

MathWorks owned Matlab and was first officially released in the middle of the 1980s. Programmers and developers can use it for making deep learning and machine learning applications.

It helps to create an algorithm and to analyze the data. Finally, its users can use it to process images and verify their research. The average annual income of a Matlab creator is $101,000.

This is another version of the S language. It is an open-source programming language. If the developers write their code on S, it will run automatically on R, and it needs no modification for that process.

The apps built by using the R language have more capabilities. These apps can process statistics, like testing, calculation, analysis, visualization, and nonlinear and linear modeling. R creators can earn $91,000 per year.

Also Read: How Long Does It Take For An App To Be Approved By Apple?

In this blog, we explored the ten best programming languages you can learn as a beginner—depending upon your requirements, many of the languages you wish to learn. Most importantly, I also focus on learning data structures and algorithms to become an innovative developer. 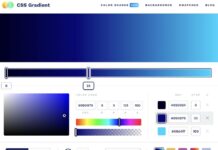 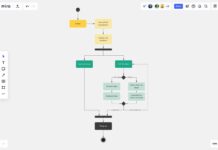