Node.js is an open-source technology that enables developers to run the JavaScript code on the server side. The best part of using Node.js is that it is built on top of the Chrome V8 JavaScript engine. Thus, it is suitable for developing efficient web applications as it can run JavaScript code quickly. Before we deep dive and look at some of the best Node.js alternatives, let’s first see what node.js is and its limitations.

Node.js is a JS runtime built on Chrome’s V8 JavaScript engine. Node.js allows you to run JS on the server and build server-side applications with JavaScript. This backend technology is lightweight and efficient. You can use node.js to build swift and scalable network applications.

Node.js uses an event-driven, non-blocking I/O model, which makes it lightweight and efficient to develop real-world apps that run across distributed devices. It also has a large, active developer community that has contributed a wealth of open-source modules to extend its capabilities.

You can use Node.js to build web servers, real-time applications, and networking tools. It is popular among developers because it allows them to use JavaScript on both the front and back end of an application. It is also well-suited for building microservices, small, independent services that work together to build a more extensive application.

Here are some of the main limitations of the node.js:

1. Single-threaded: Node.js is a single-threaded programming language that can execute one task at a time. So, if you want to develop a web application that needs to handle multiple or large numbers of concurrent requests, then Node.js might not be the best choice.

3. Memory usage: Web apps using Node.js can use high memory, especially when developers don’t release unused memory. If the memory isn’t efficiently managed, it might be difficult for you to scale your web application. Therefore, you should hire dedicated node.js developers for your project, as they usually follow best practices.

4. Lack of support: Node.js may not have built-in support for specific features commonly found in other platforms, such as a full-featured database system or a rich set of libraries for machine learning.

5 Best Node.js Alternatives You Should Check-in 2023 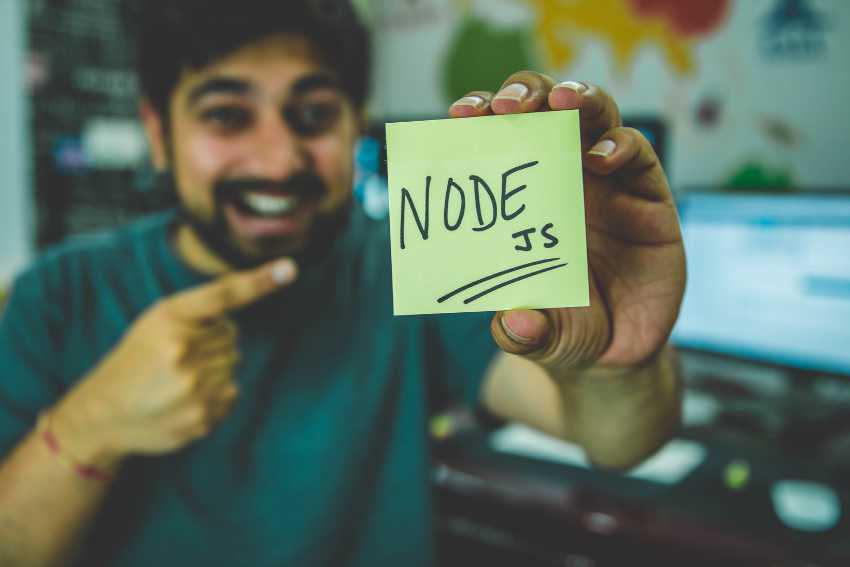 It lets developers create interactive, data-driven programs that can be accessed through the Internet and are powered by Microsoft.

Button, text box, form, and other controls are part of this server-side technology. The ability to run computer code on an Internet server is granted.

It is a free framework that works with HTML, CSS, and JavaScript and works best for creating websites and APIs that leverage real-time technologies like Web Sockets.

Word No-De is reversed in Deno. It was made by Ryan Dahl, the same person who made Node.js. He claims it is the latest version of Node.js, with an emphasis on speed, security, and other features in a single executable.

The web platform standards are used and secure by default, meaning no files, networks, or environments may be accessed unless permission is expressly granted. Additionally, TypeScript is supported out of the box without the usage of ts-node or any other tools.

Many businesses are “interested” in Deno, but only a select few, like Netlify Edge, have started using it. Deno powers the operations.

Also Read: 10 Best Programming Books You Need to Read in 2023

Ext JS is a well-liked and complete JavaScript app framework that functions admirably as a substitute for Node.js for building interactive, data-rich, and cross-platform online apps using tools like DOM scripting, DHTML, and Ajax.

It is a unified component framework that may be used entirely to develop single-page apps for any current device.

It has more than 140 UI elements that have been well tested and are already incorporated, such as grids, pivot grids, HTML5 calendars, trees, lists, forms, D3 adapters, menus, panels, toolbars, windows, etc., all of which work effectively. Sencha tools that are efficient in creating whole applications are available.

The syntax of this general-purpose PL is comparable to those of C# and Java. Ceylon’s imperative syntax, statically typed code, block structure, and object-oriented behavior are only some features best describe it.

Also Read: How To Create a Python Web Server

It is a well-known Node.js substitute. It is a functional dynamic language for creating scalable, easily updated systems. It functions nicely with Mac, Windows, and Linux and is open-source.

Elixir uses the Erlang programming language to create scalable applications since the code is horizontally and vertically scalable.

With the help of these features and the Elixir tools, developers may work efficiently in various fields across several sectors, including web development, embedded applications, data pipelines, and multimedia processing.

Everything has a substitute, even Node.js. It is claimed that the carefully collected list of Node.js alternatives above will give information about other cutting-edge technologies that are succeeding today but are not Node.js.

However, Node.js’ importance and appeal continue to be unaffected. Businesses must choose which to use depending on factors impacting them, such as resources, talents, project budget and schedules, organizational goals, processes, etc.

The competition in the software development industry is very high. To be successful, companies strive to create the highest quality products at the lowest possible…