Netflix has a lot of entertaining content. There are so many epic shows and movies that are occasionally added to the service. In many countries, animes are very popular, and they are not less than a culture. So Netflix also started investing in Anime to satisfy its loyal customers. So here is the top 20 Netflix Original Anime list to watch in 2021.

Note: Netflix produces all the animes on this list. And, some animes are part of Netflix Exclusive content since they own their publishing rights.

Let’s now explore the list of 20 best Netflix original anime shows that you can watch for a thrilling and satisfying experience.

Do check out the complete list, and don’t forget to comment on which Anime shows you will watch first in 2021.

It’s an awesome original Netflix anime with a lot of action sequences. The series has run for two seasons, and the third one is just around the corner. The tale begins when Kazuo Yamashita, a 55-year-old man employed by his company chairman as a gladiator manager. The series shows fictitious Kengan matches between various gladiators fighting to save the company.

Thousands of gamers will find themselves stuck in a new and completely interactive virtual MMORPG in 2022. The series is about the main character called ‘Kirito,’ who becomes one of the game’s best players to escape.

This anime series is certainly worth looking at if you’ve ever played an online RPG game before. And Netflix added season-3, so you have an addition of 24 more episodes to watch right now.

This story is about two girls named Tuesday and Carole who make fantastic music and change history. The series comes from the same mind, behind Samurai Champloo and Cowboy Bebop’s creation.

It offers a slow pace and a futuristic setting. This is one hell of an incredible journey for people passionate about music, so this anime series makes a perfect entry in our list of Netflix original anime series list.

With the success of superhero shows booming more than ever, this series offers a hilarious take on a superhero trip. One punch is all that our lead character Saitama needs to conquer his rivals, but his laid-back attitude and nonchalance are in the way.

Prepare for laughs and the fantastic animator Yutaka Nakamura’s unforgettable battle scenes. For any shounen fan, One-Punch Man is a must-watch anime.

Aggretsuko is a story about Retsuko, a normal kid. She works as an accountant and has irritating coworkers, just like most of us. She’s socially shy, and everyday life is a little complicated for her. Her mother also puts pressure on her to get married.

She does have her way of coping with it, though, which is significant. Beer chugs and singing death metal to ease her sorrow. This one must be the most unorthodox entry in our Netflix Original Anime Series List post.

Director Warren Ellis, who has been the writer for films such as Iron Man 3 and RED, is behind this vision. Castlevania includes all that a lover of action, adventure, and horror might expect from an adult series.

It is one of the best anime series that Netflix has made. The series’ plot revolves around three characters, Trevor Belmont, Alucard, and Sypha Belnades, who are on their way to combat the mighty Dracula and his army of creatures of the night. Along with incredible artwork, Castlevania provides some fantastic animation.

The tale’s pace seems a little quick, but it offers many things in storytelling and action. If you’re beginning to be interested in Anime, this is one of the best you can start with.

If we’re talking about Little Witch Academy, it’s pure 9 hours of wonder. If you’re a Harry Potter and Anime fan, then you can expect to get more from this one. It’s a great combination of fantasy and satire.

The idea is about an ordinary child, Akko Kagari, who wants to be a great witch like Shiny Chariot’s idol. This brings her to the Academy of Luna Nova, where she learns about witchcraft. It is a fun series and has so many beautiful moments to witness, making it a good entry on the Netflix original anime series list.

There have been two seasons of this magnificent story so far. This series is set around a mysterious individual called Killer B. It’s another original anime series from Netflix that Kazuto Nakazawa has made. The series’ initial concept is based on a scientist who creates “new humans” to achieve universal harmony. However, the story turns when they are abducted by an evil organization that uses them for sinister purposes. B The Beginning has mixed ratings, but it is something to check out for.

This excellent series is about a young and talented aspiring chef named Souma. While he was happy to work with his father in their small Japanese eatery, when he starts training at a culinary academy with some of the world’s finest young chefs, he gets into an entirely new world of cooking. Food Wars’ is a fantastic anime series that takes an idea and nails it.

If you’re a fan of giant mechas battling each other, then this show should be a great watch for you. You can witness epic battle scenes in this two-part series.

Although the characters depicted are identical to most of these teen animes, the animation style is fantastic.

If you are looking for an excellent action anime series, this deserves to be on your list of must-watch Netflix original anime.

If you like heist films like Oceans 11 or movies about con artists, you will find this original Netflix anime to your liking. The plot follows a young Japanese conman who becomes embroiled in far larger schemes than he could ever dream of. As the series progresses, you get a more in-depth insight into each main character’s past story as their elaborate cons get revealed. And, of course, there is still the big reveal at the end of each scam, which is incredibly satisfying.

This needs to be watched in solitude. Many individuals who don’t watch Anime have a misconception that Anime is for children. Many animes have adult themes, but this one is visually adult.

The story is based around the concept that there were demons before humanity existed, but now they are frozen in time. While society is again infested with their terror, Akira, a timid boy, fights against them, who merges with a powerful demon and his Ryo by mistake.

This one offers some great music but only watch it while you are on your own. The story also consists of only one season to protect it quickly.

This one is an engaging series that will teach you about the twisted world and the people that live in it. This one starts with the belief that there are currently only two Ajins (demi-human).

Finding them is difficult because you can’t know it unless they die. The story starts with a Japanese student meeting with an accident while returning from school. However, he is revived immediately and sees everyone chasing after him the next moment. It is a convincing tale that many anime fans would like.

Not many people are familiar with this excellent anime series. This one is underestimated and needs to be moved forward.

The Anime takes the 90s arcade period very seriously and is simply about a girl pounding hard for hi-scores. With two seasons at hand, this one is a must-watch.

It’s funny, and it’s pretty cute, too. On top of that, it also has a crisp plot that leaves you wanting more. It’s another epic Netflix original anime on this list that you need to watch.

This one is a tightly wound, high-fantasy series that has captured its audience and fans through many generations.

The show discusses the repercussions of global war, telling Edward and Alphonse Elric’s story, two brothers who survived a horrific magical accident now hoping to correct their past errors.

FMA is such a classic title because it’s a typical story with much meaning. This series instantly makes an impression on you, and that too, for good reasons.

The makers of this Anime could have gone with any other fantasy hero, but we all know, nothing beats Sinbad when it comes to adventure. The series is about the protagonist Sinbad and his future experiences.

You may call the genre of this Anime between action and adventure. The animation is also awe-inspiring. The series is based on a real manga that follows Sinbad’s origins and his attempt to unite the world.

Imagine being part of a school where one has to gamble to survive. Well, this sounds nuts, but it does make sense if you come from the wealthiest families in the world.

You don’t need athletics, or it will help to be a bookworm. But, deduction capacity and risk-taking abilities are necessary to survive in the trade. Therefore, the Hyakkaou Private Academy has a strange program for the wealthy.

One at the top of their game lives on campus like a king. However, it all takes a turn with the entry of our main character Yumeko Jabami. Watch this for its captivating sequence on Netflix.

Based on this, Nishikata is constantly outwitted by her seat neighbor Takagi San. Seeking to change this at least once, Nishikata tries to make her blush. Will he be able to do that? Well, you can only find it out if you watch the series.

This one contains romance and comedy as a genre, and as of now, this is some of the best that Netflix original anime has to offer.

19. Children of the Whales

A young archivist, Chakuro, lives on an island with his flock. Chakuro is aware of the fact that his life will be short. All, however, changes when a mysterious girl enters the island. It is another persuasive anime show that has been praised by many.

Its Anime and storytelling have a lot to offer in terms of genre. Children of the Whales can be best explained because this one is literally out of the box.

20. Kabaneri of the Iron Fortress

Kabaneri of the Iron Fortress is a mini-TV series part of Netflix Exclusives. If you look forward to some intense mature gory fights, this will undoubtedly be a treat for you.

The Iron Fortress Kabaneri contains Zombies, Steampunk, and Samurais characters. The story is essentially about a group of survivors traveling on a train after an attack at their station.

They are attacked by undead beings, which can only be killed by shooting their hearts. If you like Anime with great action scenes, this one is for you.

With this, we sum up our list of Netflix original anime shows. From comedy, romance to action and thrillers, there is an anime show of every popular genre you can watch and enjoy on Netflix. 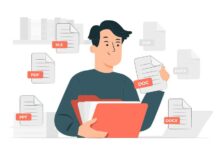 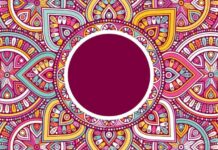 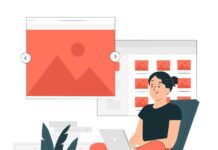