Here you will find some of the best online defense games that you can play for free on your browser. Online defense games are not just about an all-out attack on the opposition force, but it is also about tactics that make you hatch your plan like a pro.

Defending your base in a nail-biting battle against the raiders and making a killer strategy is something that will keep you hooked on them. In this article, we list some of the best free online defense games for you. These games give you more play without having to pay for it.

Read on to know more about them, as they might be your next favorite pastime. 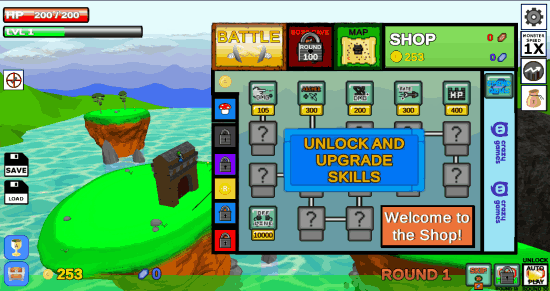 Grow Defense is a fantastic 3D tower defense game in which you must defend your castle against invading monsters. Your castle’s defenses are simple, and you’ll need to improve them with new guns and fortifications.

As you advance, you can earn gold for killing monsters; use this wisely to strengthen your defenses so that you can withstand future attacks. As the enemies become more robust, you need to ensure the castle can withstand the assault.

Remember that there are bosses to defeat. There are several different monster types and a ‘Big Boss’ after a certain level in this game. As you upgrade your items and progress through the game, the castle will take on a new look. 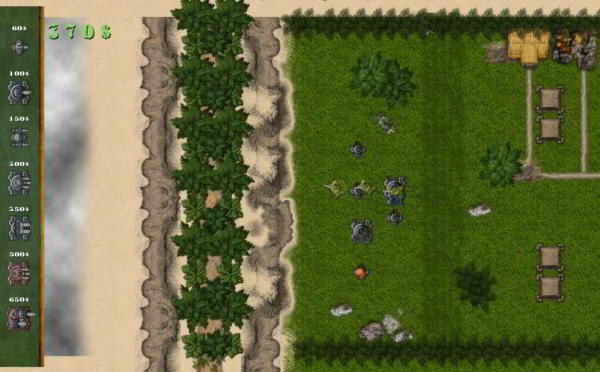 Abandoned Tank Defender is a straightforward and enjoyable online defense game in which you must defend an abandoned tank against waves of enemy fire. To purchase additional weaponry, use money obtained at the start of each level.

Place your arms strategically and use them to shoot all opposing enemies. Prevent the abandoned tank from being destroyed by enemies. Since all enemies attack from the right on the first level, it’s best to place all of your weapons on the right side of the tank, approximately on the same vertical plane.

In later stages, enemies will appear from both sides, so it’s a good idea to place some of your guns above and below the tank so that they can fire at enemy waves coming from both directions. You gain more money as you kill enemies, so keep buying new weapons as you progress through the levels.

There are five levels in this game. You’ve completed the level if all enemies die while the broken tank still has some control. Your progress is saved locally in your browser. 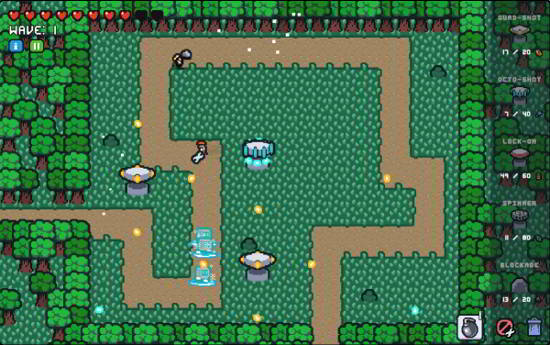 Two-Timin’ is an online tower defense game where you build towers to keep enemies from completing their objectives. But it would be best if you remembered that each bullet a tower fires can also harm you.

You must deal with incoming robot waves and stop them from reaching the other side. Use arrow keys to move, left mouse click to smash and place towers, and ‘E’ to detonate bombs.

Place turrets, roadblocks, and powerful cannons as and when needed. Pick up items that the robots drop on the ground and avoid your bullets. 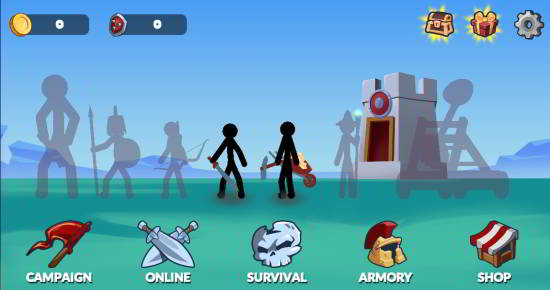 Stickman Clans is an action-packed 2D strategy game with a gripping campaign and online multiplayer battles. With new units and powerful upgrades, you can defend your castle and king, mine resources, and prepare your stick figure army for the ultimate assault.

The Stickman Clans campaign takes you on a journey through time and space. Whether it’s Samurai, Arabian Nights, Rome, or Mars, each level has its distinct theme. With over 20 specific tasks to complete, there is a long line of progressive stages to immerse yourself in.

Every campaign fight has the goal of destroying the enemy’s tower. You can improve the permanent stats of your army and miners, which allows you to create quicker, more powerful forces to overpower enemy units.

The endless waves of attacks in survival mode put your army to the test. The more gold you win for upgrading your soldiers and towers, the longer you can withstand the onslaught of units. 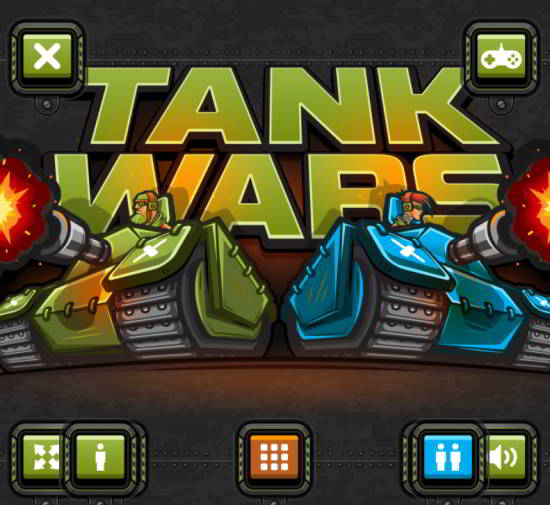 Tank Wars is another best free online defense game on this list. In this base defense strategy tank game, you need to shoot the enemy tanks and, at the same time, prevent them from destroying your base. You can choose single or two players.

When playing with a single player, you can use the arrow keys to move the tank and point where it is firing, while you can fire using the spacebar. The number arrow keys control the second tank when two players are selected, while the number ‘0’ makes the second tank shoot.

In two-player mode, the letter keys a, w, d, and s serve as the first tank’s direction pad while the first player continues to fire with the spacebar. You can choose your difficulty level from simple, regular, medium, or hard.

To begin playing, click on the screen when you’re on the level overview tab. This game comes with ten levels. You can play all of them at four difficulty levels, but you must first complete level 1 to advance to level 2.

Your job is to prevent your base from being destroyed by enemy tanks. If an enemy tank stands between you and your base, it might be better to ram them rather than shoot them because you could unintentionally shoot your base.