It can be pretty challenging when it comes to finding suitable coding toys for kids. They can be challenging to come by and costly. Moreover, we also want coding to be an activity that the kids enjoy.

So, where do you begin your quest for the ideal coding toy? These days there are quite a few coding toys in the market that are fun to use and appeal to children. There is no limit on what you can do with them.

The best part is that some of these are screen-free, while others can use a tablet for coding, but it goes beyond scripting on a device and into making stuff happen. To get you started, we’ve compiled a list of our favorite coding toys. To pique your children’s interest by including some of these coding toys in your set.

Also Read: 10+ Reasons Why You Should Teach Coding To Kids

12 Best Coding Toys for kids of all ages

The first one in our list of coding toys for kids is Artie 3000. This is a modern STEM (science, technology, engineering, and mathematics) coding toy that blends art with technology.

Artie 3000 is a super cute character that encourages innovation not just through art but also through coding. It is an extraordinary Art Bot for kids that are STEM enthusiasts and art lovers.

This one is a fun toy for the little ones. Each section has an action built-in, allowing kids to customize their Code-A-Pillar and set it to perform a series of tasks.

The actual test is for kids to find out how to get their Code-A-Pillar to hit a specific goal or follow a particular series. When it comes to coding, the toy’s main emphasis is on teaching sequencing and problem-solving.

The next in our list of coding toys for kids is Coji. It is a cool little robot that can be programmed using emojis. Kids can load programs onto the robot with the help of a tablet or smartphone and have fun.

Coji can also perform some simple tasks without the use of a mobile device. Each emoji will represent a different robot behavior that you can combine into a series. For example, directional symbols can move the robot.

The best is that you can play a little melody for your child by adding a musical instrument. Children can also make some if-else statements. To make the experience even more immersive, the accompanying app includes some games.

The Dash Robots seem to be a big hit with the kids, as they are always in demand. They are also extremely long-lasting and can withstand the relentless demands of a public program.

Dash Robot is one of those Coding Toys for Kids that could have fit into any age category. Though it is intended for children aged six and above, it can be enjoyed by people of all ages. For coding, it has block coding and draws coding options.

This one is yet another interesting coding toy for kids. Colby, the mouse, wants his cheese in this setup, and it’s up to the kids to design a maze and then program Colby to navigate it and receive his treat.

It goes a step further than Code-A-Pillar by allowing children to design mazes and then program the mouse to move around them. For the kids, this entails a lot of preparation, sequencing, and problem-solving. It’s a simple design, but it gives the kids plenty of opportunities to think logically about each move.

This coding toy ball is incredible! Since it includes draw coding, drag and drop block coding, and learning Javascript programming, most of the kids will be able to use it, irrespective of their age.

With Sphero, kids can make everything they can imagine. Even better, Sphero has a variety of coding toys to choose from, each with its own set of advantages and challenges. It has Sphero BOLT, Sphero SPRK+, Sphero Mini, Sphero BB-8, and Ollie, all of which play an essential role in the coding adventures.

The Sphero BB-8 received a software upgrade and now has many of the coding features that other Spheros have. We don’t think you can go wrong with Sphero, as kids across all age groups can enjoy and learn through it.

Cubetto is a project from the startup company Primo Toys. It was launched in 2016. The toy is designed for 3-year-old kids and is made up of wood.

The best thing is that it will teach your little one the basics of programming commands without using a screen. It has a wooden robot controlled from a board where kids insert wooden commands or coding blocks.

The following two coding toys for kids are from the well-known toy creator- Lego. If you’ve ever wished that your Lego creations from childhood will come to life, your dreams are now a step closer to becoming a reality.

Lego recently introduced a new sub-brand called Boost that promises to do just that. The starter kit includes sensors, motors, and a one-of-a-kind companion app that teaches kids how to code so they can program their new robot pals. Mindstorms from Lego might also help you do this, but it’s a far more sophisticated device targeted at grown-up kids.

Boost, on the other hand, is meant for children aged seven and above. The Lego Boost comes with a “creative toolbox,” containing three Boost bricks and 840 other Lego blocks. Vernie the Robot, Frankie the Cat, the Guitar 4000, the Multi-Tool Rover 4, and an Autobuilder are among the five models included in the kit.

However, before you can build any of them, you must first download the Boost app. The software is crucial to the process because it contains all of the instructions and is used to program and communicate with the Boost creations.

The Mindstorms Robot Inventor kit from Lego is a new collection that allows kids to design and create robots. A color sensor, distance sensor, four motors, and Lego’s Bluetooth-enabled “Intelligent Hub” are among the 949 parts included in the package.

It’s the first new addition to the Mindstorms lineup in seven years, and it’s built to teach children basic STEM skills, including programming. This pack includes instructions for five robots. The most impressive among the robots is the ‘Blast,’ which uses every hub, motor, and sensor included in the package.

It can feel its surroundings and shoot darts. Other robots include ‘Charlie,’ a more miniature robot who prefers to dance and give high-fives, and Tricky, the “sporty” robot who can play basketball and soccer. Also, ‘Gelo,’ a quadruped that can walk around and avoid obstacles, and the MVP (Modular Vehicle Platform) can be mounted into various vehicles such as cranes and buggies.

Botley 2.0 is a coding toy designed for kids aged five years and above. This new Botley is an improved version of the original, which is still quite popular.

Among all the coding toys for kids, this one is quite intuitive, and kids as young as five will be coding without a computer in no time. Music, light, and movement are all present in this toy, encouraging their interest in STEM and coding.

The Osmo system is more of a game than a toy, but it is so clever and entertaining that we believe it deserves to be included in this list. The Osmo Coding Starter Kit comes with three fantastic programming games: Coding Awbie, Coding Jam, and Coding Duo.

As the child’s abilities improve, the complexity of these games increases. The gameplay helps kids develop their coding skills. The concept of learning by combining coding and music, blending science and creativity, is fantastic.

It makes coding enjoyable for children who would otherwise be intimidated by it. Osmo is compatible with Kindle Fire and iPad.

Last but not least in our list of best coding toys for kids is Augie. It is a top-of-the-line coding robot with ‘virtual reality capabilities. The toy was created to help children learn to code while having fun at the same time.

Augie can stimulate your child’s imagination while also improving their critical thinking and problem-solving abilities. Augie also comes with a free app that includes fun gameplay and engaging lesson plans.

With this, we sum up our list of best coding toys for kids of all ages. Do check out all these coding toys before making a decision. Pick a suitable toy for your kids which can develop their interest in the latest technology and programming. However, don’t forget the most important thing, i.e., having fun with your kids while playing with these coding toys. 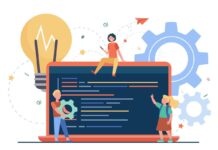 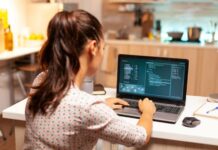 How To Choose The Best Coding School For Kids? 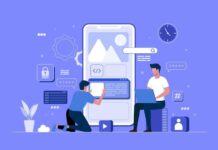