Are you a 90’s cartoon fan? If yes, you will love these 5 best cartoon character voice generator websites. By using these online apps, you will be able to create deepfake audios of your favorite cartoon characters by synthesizing text. The best part is that these apps let you choose cartoon and comic characters from various series, movies, and universes.

Be it Spongebob Squarepants, Powerpuff Girls, Scooby-Doo, or Dexter; you will be able to generate the voices of most cartoon characters and save the audio as WAV files. We have also included some iOS and Android apps that let you cartoonize your voice and create funny videos that you can share with your friends to have some fun. 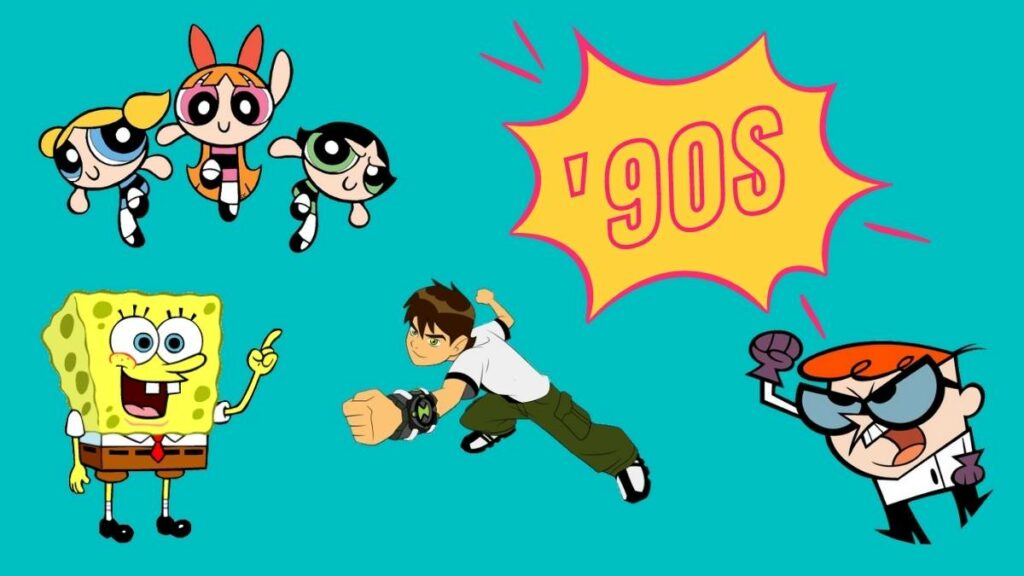 Be it Spiderman, Batman, or Iron Man, you will be able to synthesize their voices based on any custom text. Let’s now see how to use FakeYou to generate cartoon characters’ voices.

Visit the link provided below and select Cartoons in the Category Filters, as shown in the screenshot below.

Once you have selected a cartoon from the list, you can specify the text and click on the Speak button. 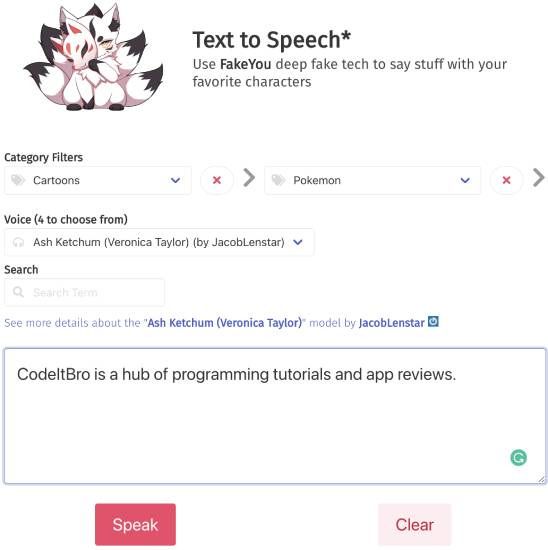 FakeYou will then use its advanced AI algorithms to speak the defined message in the voice of the selected cartoon character.

The best part is that you can save the generated voice as a WAV audio file. For that, click on the three-dot menu and select the Download button.

Here are a few examples of cartoon series that you can select and generate voice messages of their main characters:

To generate cartoon character voices using Uberduck, you will have to create a free account. Once done, visit the link provided below and choose a cartoon character from the Choose a voice dropdown as shown in the screenshot below. 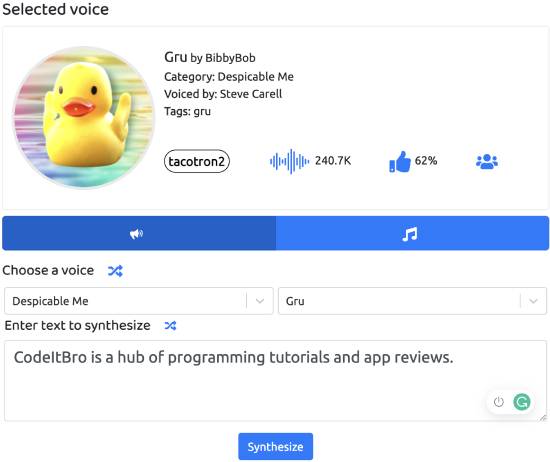 After that, specify the text and click on the Synthesize button, and Uberduck will generate the voice of the comic or cartoon character.

You can play or pause the voice message and download it as a WAV file.

The only limitation is that it provides a significantly less number of cartoon characters to generate deepfake voices than Uberduck and FakeYou.

To generate cartoon characters’ voices using 15.ai, visit the link below and choose the right Source and Character from the dropdown list options, as shown in the screenshot below.

Apart from that, if you want to change the emotion of the tone, then choose an emoji below the text area and hit the Generate button again. Hit the download icon to save any synthesized voice as a WAV file.

VoiceTooner is a simple app for Android and iOS devices that lets you record your voice and add various cartoon characters to generate comic videos. The best part is that the app lets you select over 20 different cartoon voices such as giant, zombie, squirrel, alien, and many others.

The only downside of this app is that it doesn’t let you generate voices based on famous cartoon characters. However, if you are only looking to generate cartoonish audio messages and share them with your friends for some fun, then VoiceTooner won’t disappoint you.

Get this iOS app here.

Get this Android app here. 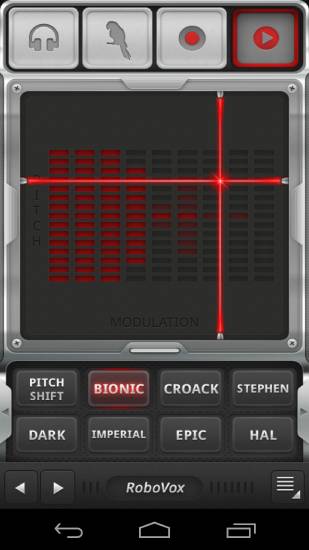 RoboVox Voice Changer Pro is a paid Android app to transform your voice and make it sound funny, scary, evil, or like famous robots. The best part is that it offers more than 32 different voice styles and lets you jam with the pitch and modulation settings by sliding your fingers across the X-Y field.

Get this app here.

In this blog, you explored the 5 best cartoon character voice generator apps. You can use any of the apps on this list to generate hilarious cartoon voices. The best part is that most of these apps let you generate deepfake audios of popular cartoon characters such as Dexter, Johnny Bravo, Powerpuff Girls, Phineas and Ferb, and many others. Apart from that, you can save the synthesized audios as WAF files.

My favorite apps are Uberduck, FakeYou, and 15.ai, as these online tools provide a lot of different characters and let you modify the tone of generated voice. Let us know which one you liked the most by writing to me at [email protected]. Also, please subscribe to our bi-weekly newsletter to get all the updates straight to your inbox.