The digital age has pushed the mobile app development industry to experiment and develop innovation. Keeping up with trends and changes has become a priority. The tech industry thrives boundlessly with so much potential to create and grow.

While companies, agencies, and industries want affordable mobile app development, they all want to conquer the industry in their way.

Android is a powerful operating system with more than 1.6 billion downloads monthly and a significant market share beating iOS and Windows. Additionally, it has dominated the market and taken control over smartphones, tablets, home appliances, smart homes, and smartwatches.

For this reason alone, Android homes a global community of more than 2 billion users, which allows it to be customizable according to the needs and wants of the audience.

Developers aim to simplify everyday tasks through technology, and building high-performing applications is a popular way of achieving it. Not only does Android provide more than millions of applications to its global user base, but it’s taking the lead to be the only operating system with the highest number of applications in the store.

With such a vast community and different technical requirements, Android is available in several other frameworks, making it easier for developers to choose the best one for them.

To help you choose one that fits your needs and requirements correctly, we listed down the top 5 Android app development frameworks for your projects in 2020!

Flexibility and scalability are vital priorities in app development. Every app is designed to handle tasks and increase convenience. NativeScript Android Framework is the best framework there is for Android app development.

If you’re looking for an unlimited graphic design service to create an innovative logo and graphics for your Android app on mobile, web, PWA, or desktop, look no more. This hybrid framework is open-source and free, which gives app developers a wide window of opportunity to build successful native apps.

Because many android app development companies rely on powerhouse applications to generate economic impact globally, they must develop an app that works on multiple platforms. Native Script is UX-focused with free templates, app samples, and 300 plus plugins for you to use. In case of help, you will find a vast support community on many different support forums such as Github and Slack.

Huge businesses such as Microsoft, Dell, and Xerox use NativeScript Framework to build native applications. The best part of the framework lies in its ability to empower apps built in different languages. It’s a one-stop solution for developers.

This open-source framework is available to enable developers to go beyond their skills and achieve success. It employs some of the most popular and modern tools and technologies like JavaScript, CSS3, and HTML5.

If you’re looking to accelerate hybrid app development, then the Ionic framework is perfect. It’s simple, straightforward, and rich with functionalities and resources.

You can quickly develop a high-performing application from a single codebase. The framework includes many different plugins, including Cordova plugins, which enable developers to include components like GPS, camera, Bluetooth, fingerprint authentication in a simple way.

Around 5 million app developers have deployed web, desktop, and mobile applications through this framework. It’s the ideal choice if you want to build cross-platform apps. You will find a large community available to help you as it has its support forum with a user base of 2 million-plus users.

React Native is the go-to app for more developers globally due to its excellent flexibility and provision. Developers can access React to build native apps on any platform through this framework. It’s claimed to be the best open-source framework for app development as Facebook powers it.

Many businesses fail in the first stage of android app development. They fail to plan the right approach thus and adequately face a lot of struggles later on trying to fix errors. A small mistake costs a lot in the tech industry.

Time is money in this industry, which you can’t lose trying to fix mistakes. React Native also eliminates the possibility of issues that arise due to codebase difference, iteration period, and imperative programming.

Are you looking for a friendly development interface plus an open-source platform? Then it would be best if you explored Xamarin. It’s the 10th most loved platform for cross-platform app development.

Xamarin enables developers to experiment thanks to the abstraction layer that readily shares code. Many businesses aim to write business logic to test before deployment across multiple platforms. Developers have the flexibility of writing the code in a single language to experience the app’s look and feel on different platforms before finalizing one.

Its currently being used by one million-plus user globally, which speaks volumes about its native performance and quality.

Corona SDK Framework is currently one of the most popular 2d mobile development software. It’s free and has a wide variety of plugins and APIs. It powers Lua programming language, which is super easy to learn and employ.

Many popular games such as Angry Birds, Hopiko, The Lost City, and many more are built on this versatile framework. 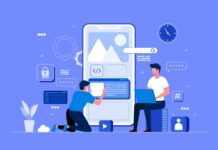 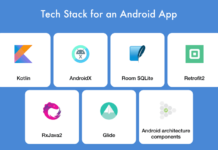 Android App Architecture – How to Do It Right? 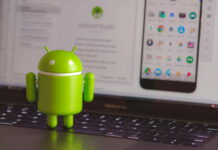