Here you will find the 10 best free Android coding apps for kids. One of the most in-demand skills for the future is coding. These days, various coding apps are available, which teach coding to kids in a fun and exciting way.

These programming apps are easy to use and can teach kids to code before they learn to read. With these coding apps, programming is fun.

These coding apps teach problem-solving, patience, imagination, and persistence through puzzles, riddles, coding games, and challenges. Here are a few of the best free coding apps for Android that will help kids start their coding journey. 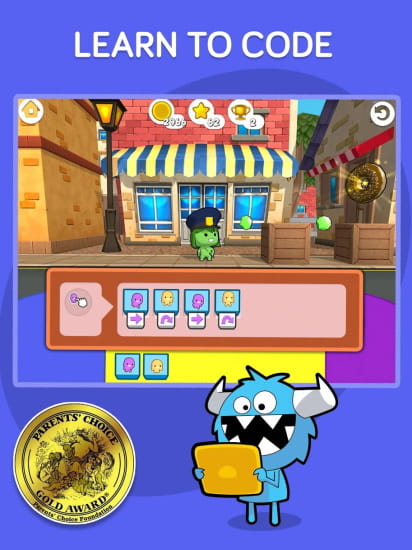 Kids love to code in this award-winning app because of the game-like UI, which does not make them feel they are learning.

The Foos are lovable characters that teach kids how to code. Each world dives into a fundamental coding principle, requiring kids to use logic and problem-solving skills to assist the Foos in completing tasks.

As the kids start to create their games and stories, the app empowers them to become creators. Due to the wordless interface, pre-readers will get a head start on coding before even learning to read.

The carefully crafted puzzles enable children to learn without an adult’s assistance and develop a problem-solving mindset. Kids can code their games and share them with the community of kid coders through the open play environment.

Kids may also use personalized voice recordings and images to create immersive tales. From conditionals to sequencing, the app incorporates many computer science principles.

Aside from the puzzles and imaginative play areas, the app features enjoyable games that teach additional programming concepts. Kids learn how to automate their pet care center and uncover the secrets of a hidden temple with the aid of Math inequalities. The app is KidSafe Certified and does not have any ads or in-app purchases. 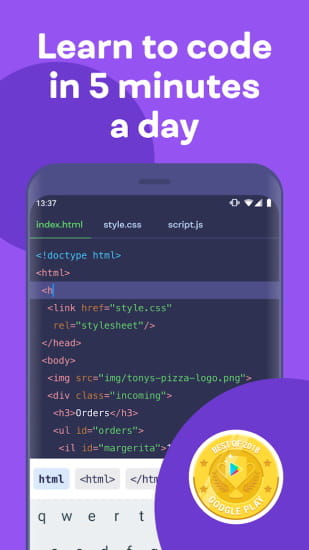 Rather than teaching to code directly, Mimo instructs users via developing an app.  Mimo, unlike the other apps on this list, is built with the end goal in mind.

It uses experiential lessons to teach scripting, HTML, CSS, JavaScript, Swift, and more. Mimo has professionally developed curricula to assist you in learning the most common programming languages and achieving your coding objectives.

Mimo’s interactive curriculum and bite-sized coding lessons allow you to learn at your own pace. Coding tutorials and challenges are available anytime you have a few minutes to learn. 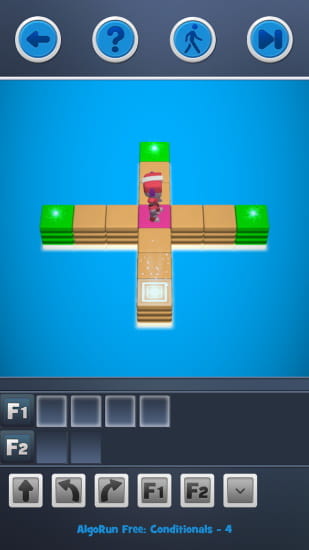 AlgoRun is a free coding app for kids aged ten years and above. This app focuses on puzzle challenges for children, which they can solve while learning programming fundamentals.

AlgoRun has 30 levels that use game mechanics derived from programming principles to teach you the fundamentals of coding in a fun and interactive way. AlgoRun provides a detailed and easy-to-understand introduction to the world of programming for young kids.

It uses functions like conditionals and loops without asking the child to memorize their names instead of concentrating on the logic of how they can be used. 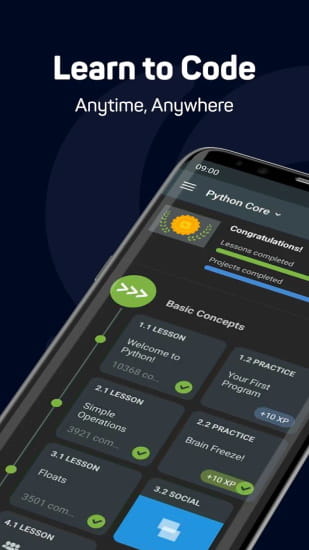 SoloLearn is a learning app for grown-up kids, and the course begins with the basics of languages such as C, C++, JavaScript, HTML, CSS, Python and builds upon them as you advance through the stages.

The code challenges against real opponents are something that sets SoloLearn apart from the competition. This allows you to compare your skills to others.

Also Read: 10+ Reasons Why You Should Teach Coding To Kids 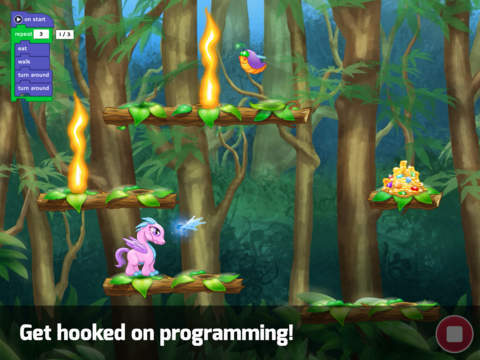 Tynker teaches kids to program using code blocks. Kids learn to code using visual code blocks that embody fundamental programming principles. As they progress through the 2,000+ interest-driven tasks, they move on to text languages like JavaScript and Python.

As the kids solve exciting story-based problems that progressively incorporate new concepts, they’ll learn the ABCs of coding. In this app, coding lessons aim to lead kids down the road to winning cool new badges.

Kids participate in immersive learning modules, mini-games, coding experiments, and puzzles in each lesson. In a series of coding puzzles, Tynker introduces its visual programming language.

The kids learn and apply coding skills via fun and adventure. They are given a bugged code snippet to patch to solve these puzzles. Kids use logical thinking to build programs that emphasize performance, and in this process, they learn about programming using loops and conditionals.

The courses comply with Common Core standards for grades 1st to 8th, ensuring that coding can be incorporated into any subject. 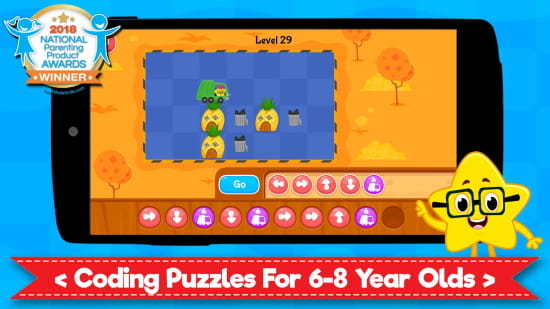 Coding Games for Kids is a one-of-a-kind app for teaching sequential visual coding to children.

There are over 1000 levels to teach sequences, loops, functions, and arrays, all fundamental programming concepts.

Coding Games for Kids is an excellent application that will support this transition as schools step away from conventional information technology to cater to the computer programming curriculum. 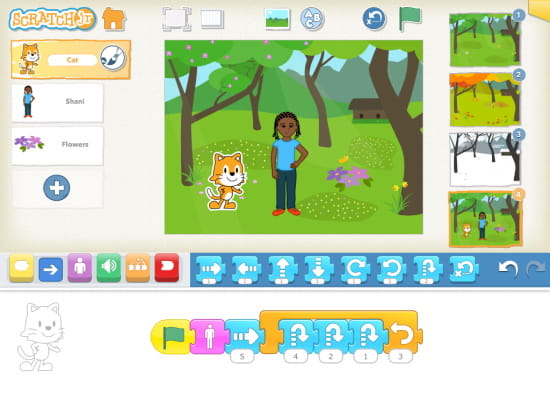 ScratchJr is a free coding software for children of all ages. Young children can use ScratchJr to create their own interactive stories and games. In this process, they learn to design projects, solve problems and express themselves creatively through this app.

ScratchJr teaches young children how to build and express themselves with machines and communicate with them. As a result, children learn to solve problems and design projects, and develop sequencing skills necessary for academic success later on.

It also promotes the advancement of early-childhood numeracy and literacy by using math and language positively and empowering. 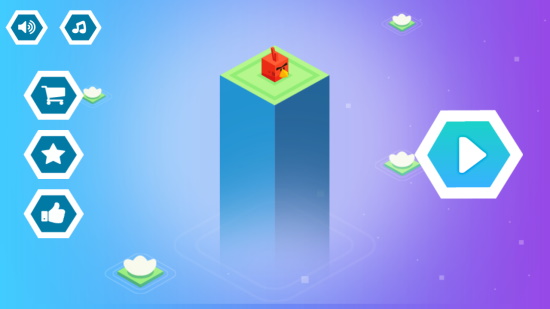 Algorithm City is a 3D game in which players choose an animal to play as their character. It teaches the basics of coding in an easy-to-understand manner. Kids can learn commands, functions, and loops, besides other things, in this app.

The game’s objective is to help your character by collecting gold and completing levels. It is a creative and enjoyable coding game that teaches the fundamentals of programming and algorithms.

By directing the character and collecting gold, and solving levels, the players learn the fundamentals of coding, such as command sequencing, functions, and loops. On the shop screen, there are numerous characters (penguin, fox, cow, ladybug, angry duck, bunny, chicken, and so on). Algorithm City is a four-chapter game with 51 levels. 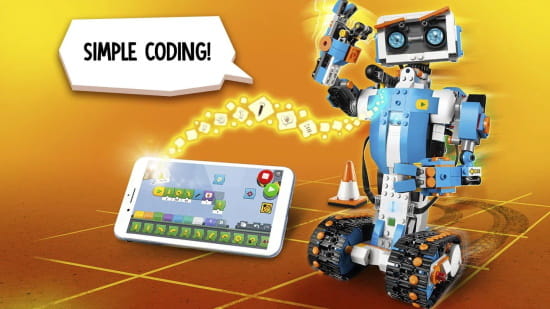 Lego Boost is an app that allows children to build and program various Lego models. Students can use drag and drop code to make the models move and make sounds.

This app instructs children on constructing five different lego models, including a robot, a cat, a lego-building machine, a guitar, and a mouse on a motorcycle. 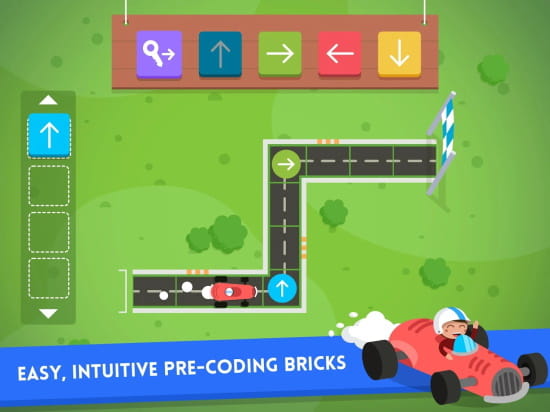 Racing cars around a custom-made track is what Code Kart is all about. The first ten levels are free. In this, the pre-readers use the drag and drop method to create routes using color matching.

This app teaches kids as young as four years old to code through several logical puzzles presented in the form of a racetrack.

Furthermore, it teaches kids the basics of coding while playing a racing game. Code Karts aims to get the race car to the finish line by using direction bricks.

This article explored the 10 best free Android coding apps for kids that you can use to teach your kid programming fundamentals interactively. ScratchJr, Tynker, and SoloLearn are among the best apps that you must check out, as this makes the entire process of kids learning a fun journey. Do let us know which Android app is your favorite from this list.

Coding is becoming an essential skill in the age of information. Understanding various computer languages, such as Python, can help stand out in highly competitive…

While STEM careers have always held a respectable place in society, they haven’t always been welcoming and inclusive to many people. As a result, many…