For instance, when prioritizing app security, using Python might be best. Likewise, JavaScript and Kotlin are used to create Android apps, while Swift and Objective C are used for iOS apps.

The point is no programming language ticks all boxes. Every smartphone app development tool has strengths and weaknesses that fit into different use cases. However, some are more versatile and widely used, while others specialize in specific uses.

What Programming Language Fits Which Instance?

Programming languages are instructions that machines can interpret. Thus, the existence of different machines, environments, and functions brings the need for many languages. However, most languages can work across other systems.

While Swift is tailor-made for iOS, Java and Kotlin are used for Android development.

Many hybrid apps can work across different operating systems and have native and web capabilities. Popular programming language choices include JavaScript, CSS, and HTML.

These are web browsers built within the framework of an app. PHP, JavaScript, HTML, and Ruby on Rails are popular programming language picks. 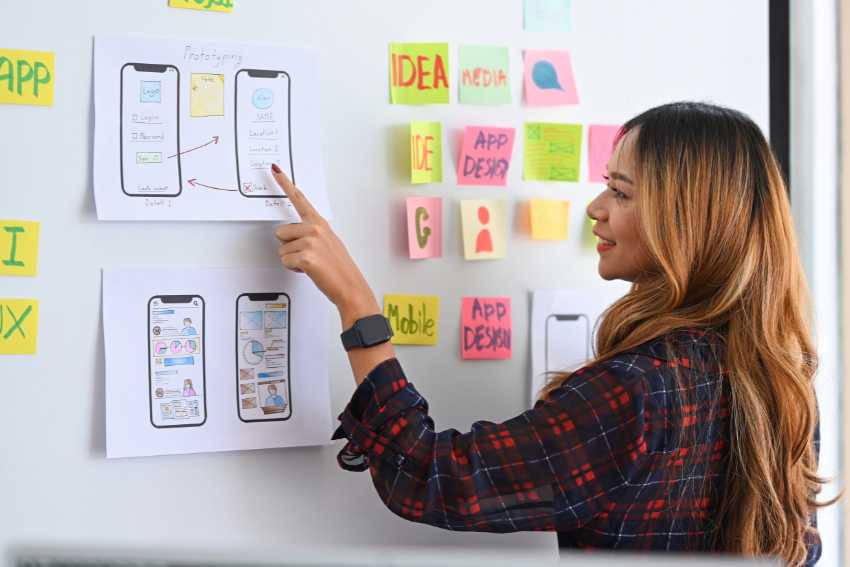 Swift changed the iOS development landscape in 2014 when it replaced Objective C. It is an open-source programming language developed and owned by Apple. It was designed to create apps compatible with iOS, macOS, tvOS, and every other Apple-created product.

Swift is endeared because of its adaptability, scalability, and general purpose. It’s easy to learn, expandable, and feature-rich. Today Swift is the go-to option for anyone developing iOS mobile apps.

Also Read: How Long Does It Take For An App To Be Approved By Apple?

Sun Microsystems developed Java in 1995, and it subsequently became the officially adopted language by Android. It is an object-oriented programming language with syntax similar to C++. It also boasts suitable security protocols, is operable with the internet, and runs on a cross-functional JVM.

Java Virtual Machine (JVM) acts as a gateway on which Java runs. Thus, it ensures that it can code apps for different operating systems – Android and iOS. As a result, Java is the most widely used programming language.

Although existing since 2011, Kotlin was adopted by Google as Java’s replacement for Android in 2019. It runs on the Java Virtual Machine and uses the JVM library. Unlike Java, it has cleaner code, easy to write and learn. As a result, it’s increasingly replacing Java as the go-to Android programming language.

But not just yet. Kotlin can also be combined with Java to build quality, high-performance applications. Plus, it works with compiler infrastructures of JavaScript and LLVM.

React Native is a cross-platform mobile app development framework built on JavaScript. It helps create cross-platform apps using a single codebase, using the Javascript library known as React. However, it doesn’t target the web but mobile platforms. Apps built with RN can operate on Android, iOS, or other operating systems.

For obvious reasons, React Native is getting increasingly popular. For companies, software development becomes faster and easier. They can share a single codebase for iOS, Android, and web apps, reducing development costs. With these unique features, it’s hardly surprising that Uber, Facebook, and Microsoft are built on React Native.

Also Read: How To Create a Python Web Server

Other Programming Languages for App Development

A well-known alternative to ReactNative that provides cross-functional development. Developed by Google, Flutter is created on the Dart framework.

Objective C was designed to provide object-oriented functionalities to the C programming language. It can help build both Android and iOS apps.

Although initially adopted by Apple, it got replaced by Swift in 2014 as Apple’s supported programming language.

This is another object-oriented programming language. It’s popular amongst developers for its versatility, longevity, and ease of use. Its powerful features help developers build high-performance apps and video games and detect bugs quickly.

In saner climes, it’s OK to code your app yourself. But the fast-changing market means your app idea may become obsolete before completing your coding Bootcamp. The app business is about hitting the market with your product as soon as possible. Otherwise, some other person will.

That’s why outsourcing provides a better option. Since this article has guided you through the programming language dynamics, you’re better placed to make the right decisions. Contact Emphasoft mobile app development company, discuss your app idea, check out its possibilities, research, and develop a workable strategy.

The competition in the software development industry is very high. To be successful, companies strive to create the highest quality products at the lowest possible…